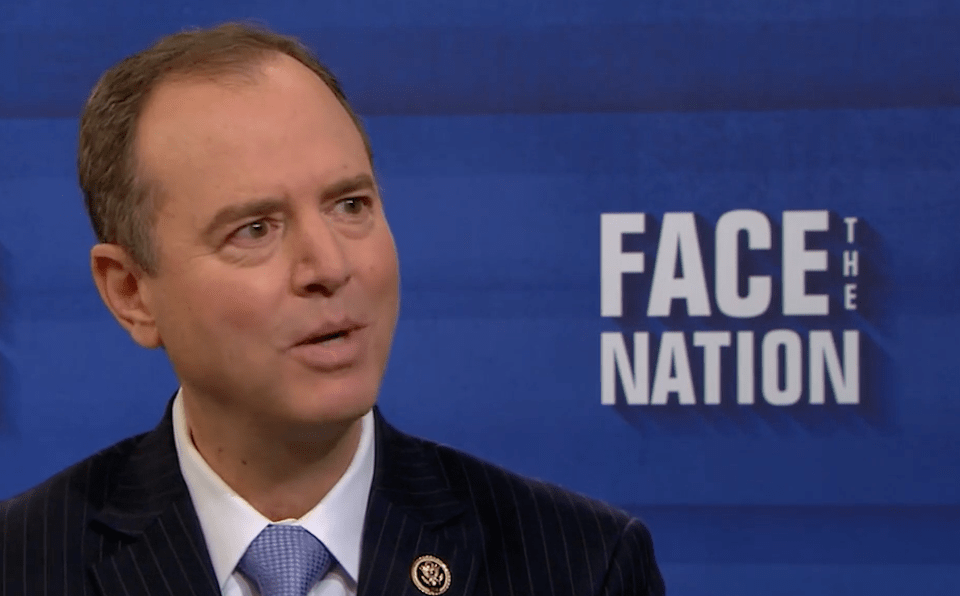 Democratic Rep. Adam Schiff says that the supposed tapes Donald Trump threatened to release to expose former FBI Director James Comey could prove Trump obstructed justice, and he will "absolutely" make an effort to subpoena them — if they really exist.

Donald Trump's actions surrounding and following the firing of FBI Director James Comey have many openly questioning whether he may have engaged in obstruction of justice.

Since the firing was announced on Tuesday night, there has been an administration-wide effort to lie about the reasons for the decision. Trump eventually admitted that the firing was due to Comey's Russia probe. He openly threatened Comey, suggesting he had secret tapes he would release of the dinner he had with Comey in January. It was then revealed that Trump asked Comey repeatedly for his "loyalty" at that dinner, during which Trump insists Comey told him he was not under investigation by the FBI.

That dinner has become just the latest Trump gambit to backfire. If there are indeed secret recording of that dinner — which press secretary Sean Spicer refused to comment on — those recordings could now threaten Trump's presidency, if they exist.

House Intelligence Committee ranking member Adam Schiff (D-CA) is, like many elected Democrats, reluctant to call Trump's actions "obstruction" based solely on Trump's actions of the past week. But on Sunday morning's Face the Nation, Schiff told host John Dickerson that those tapes could help prove the charge, and that he would "absolutely" subpoena them:

DICKERSON: It was unethical for the president to have had dinner — um, the president, when he talked about his reasoning for this, he mentioned that the investigation into the Russian meddling was on his mind. So do you go all the way to thinking this is obstruction?

SCHIFF: Well, the difficulty — and I look at this also as a former prosecutor — can you prove obstruction based on the president's own words when we don't know whether we can believe this president? We already know that there are those close to Comey who have a very different take, also a troubling take, on that dinner conversation.

So I'm not sure you could prove the case based on this. But if there are tapes, of course, that would be the best evidence of what took place. If they exist, Congress needs to get them. And if they're not provided willingly, Congress should subpoena them. And if they're not in existence, if this was yet another fabrication by the president, he needs to come clean about it.

DICKERSON: And we should remind people that the president can fire the FBI director for whatever reason he wants. On those tapes, would you join with the chairman of the committee to subpoena those tapes?

SCHIFF: Absolutely. If the tapes exist and they're not willfully — willingly provided, absolutely I'd join to subpoena them.

That monumental "if" may provide Trump with some measure of comfort if he knows his threat to Comey was just an ill-conceived bluff and that no such tapes exist. But that comfort could still be short-lived.

Comey was reportedly very "uneasy" about the Trump dinner, and Washington, DC is a one-party consent jurisdiction, meaning that either Comey or Trump could have legally recorded the dinner conversation without the consent of the other. If tapes ever are leaked to the media, as Trump threatened, they might not be coming from Trump.

Those alleged tapes have already caused the White House press operation to shut down on live television. The administration also avoided sending any White House officials out to do the Sunday talk shows.

But tapes or not, the White House cannot keep Comey from testifying in open hearings, as he has said he is willing to do. And if that happens, the truth is bound to come out.