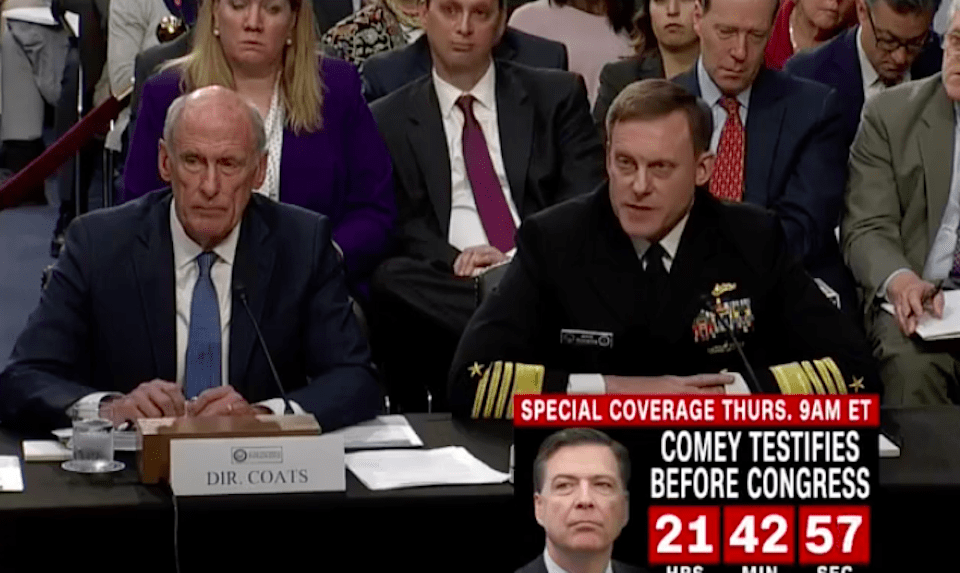 After Sen. Marco Rubio asked senior intelligence officials if Donald Trump asked them to lie about the FBI investigation into his Russian ties, they refused to answer.

In a hearing before the Senate Select Committee on Intelligence, two senior intelligence officials refused to say whether they had been asked by Donald Trump to make false statements.

The Washington Post has reported that Dan Coats, the Director of National Intelligence, and Mike Rogers, Director of the National Security Agency (NSA), were asked by Trump to intervene and get then-FBI director James Comey to back off of the agency's investigation into the connection between Trump and Russia.

RUBIO: Let me ask both of you: has anyone ever asked you, now or in the past, this administration or any administration, to issue a statement that you knew to be false?

ROGERS: For me, I stand by my previous statement: I've never been directed to do anything in the course of my three-plus years as director of the National Security Agency –

ROGERS: -- That I felt to be inappropriate, nor have I felt pressured to do so.

RUBIO: Have you ever been asked to say something that isn't true?

ROGERS: I stand by my previous statement, sir.

COATS: I do likewise.

Sen. Marco Rubio (R-FL) asked Coats and Rogers if they had been "asked" to "issue a statement that you knew to be false."

They both also refused to answer in the open session whether they had been asked to intervene in an ongoing investigation.