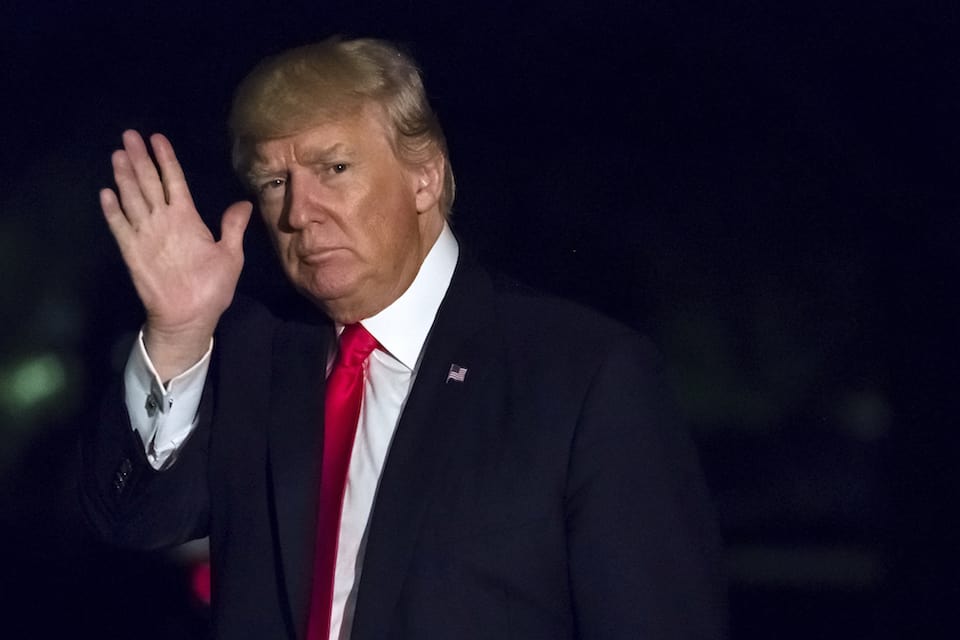 Democratic Sen. Mark Warner reportedly does not believe Donald Trump will complete his first presidential term, and the mountain of corruption and scandals that already plague his White House suggest Warner might be right.

Virginia Sen. Mark Warner, the ranking Democrat on the Senate Intelligence Committee, which is currently investigating Russia's interference in the election and the Trump campaign's contacts with them, reportedly believes that Donald Trump will not complete his first term in office as president.

According to a report from The New Yorker, Warner "privately told friends that he puts the odds at two to one against Trump completing a full term." His spokesman said Warner bases his beliefs on "the totality of challenges" Trump is facing in the Oval Office.

The article, titled "How Trump Could Get Fired," notes that "Trump’s critics are actively exploring the path to impeachment or the invocation of the Twenty-fifth Amendment, which allows for the replacement of a President who is judged to be mentally unfit."

As Shareblue has documented, Trump may well deserve to be impeached. During his short time in office, he has refused to abide by traditional ethical guidelines, instead operating on the basis of profit for himself and his family over the concerns of the public. He is also being sued over his financial entanglements with foreign business entities, a violation of the Emoluments Clause of the Constitution.

Then there is the Trump team's contacts and coordination with Russian elements during the presidential election, as well as ongoing efforts within the Trump White House to cover up that behavior during the campaign and the transition.

Trump's actions before taking office could also provide grounds for impeachment. A former Apprentice contestant is suing him for sexual harassment and assault, a suit Trump has argued cannot proceed while he is president. But the Supreme Court ruled, during the Clinton administration, that a similar lawsuit could proceed, and thus, Trump could face a court-ordered deposition while sitting in the White House.

Throughout his life, Trump has embraced corruption and scams. As a private citizen, he was often able to charm — or at least pay — his way out of his problems. But now, just over 100 days into his presidency, he is facing an entirely new level of scrutiny and has already made a convincing case for his removal.