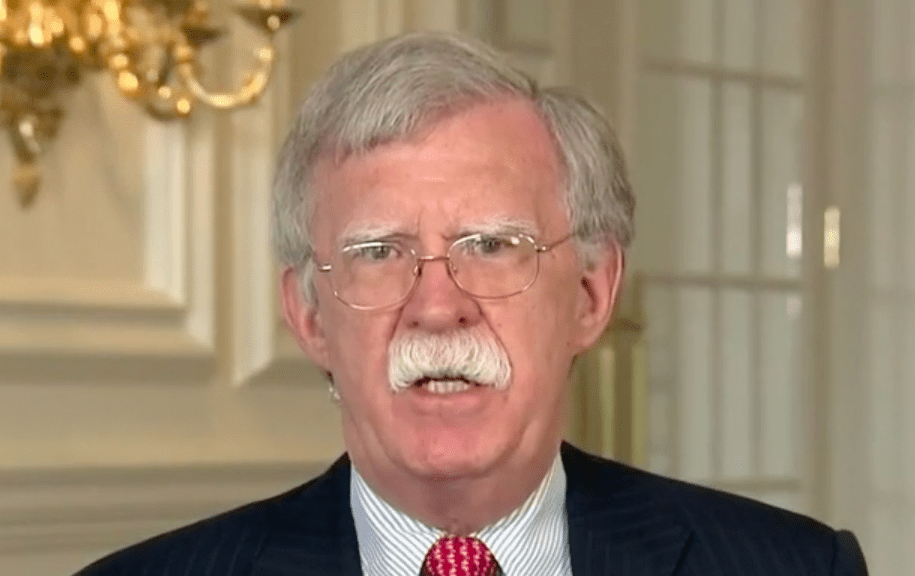 John Bolton said Trump would look 'weak' if he actually pushes Putin to extradite the 12 Russian officials who were indicted for election hacking.

When Trump meets with Russian dictator Vladimir Putin in Helsinki this week, he won't ask Putin to hand over the Russian officials who attacked our democracy — at least if National Security Advisor John Bolton has his way.

On Sunday morning's edition of "This Week," host Jonathan Karl repeatedly pressed Bolton on whether Trump would demand that Putin extradite the 12 Russian intelligence officials who were indicted Friday for interfering with the 2016 elections.

Unless Putin hands these officials over to the United States, special counsel Robert Mueller can't actually prosecute them in court.

"Will the president ask Putin to extradite those 12 individuals who have been indicted?" Karl asked Bolton.

"Well, you know I know a number of Democratic senators have called for extradition," Bolto said. "I'll give them the benefit of the doubt and assume none of them are lawyers, because the United States does not have an extradition treaty with Russia, so it's pretty hard to imagine how that would happen."

"But extradition treaty or not, the president could ask, even demand, of Putin that he turn those individuals over," Karl pressed. "Will he do that?"

"You know, I think it’s pretty silly for the president to demand something that he can’t get legally," Bolton said.

He went on to argue that because Russia has refused to extradite Russians to other governments in the past, there's no point in asking.

"So, I think — for the president to demand something that isn’t going to happen puts the president in a weak position," Bolton claimed.

As Karl pointed out, the absence of an extradition treaty doesn't mean Trump shouldn't demand extraction. In fact, if there were an extradition treaty, Trump wouldn't need to make such a demand at all. If Trump only makes demands he already knows Putin will agree to, he has no leverage.

Demanding extradition is also a way to put pressure on Putin over Russia's election interference.

But as Bolton made even clearer later in the interview, standing up to Putin for trying to sabotage American democracy just isn't a priority for Trump.

"But will the president hold Putin accountable — and I don't mean just ask him if he did it, or if the Russians did it," Karl said. "Is he actually going to confront President Putin with the evidence that it was Russian interference, Russian government interference with our election?"

"Well, look, you have two indictments by the Justice Department already. I think the Russians are well aware of that," Bolton said. "We have asked, and the Russians have agreed, that [the talk] will be basically unstructured. We are not looking for concrete deliverables here."

According to Bolton, it's enough that the Justice Department has made the indictments — Trump doesn't actually have to confront Putin about them face to face.

Trump himself said Saturday that he hadn't even thought of asking Putin to hand over the accused Russian criminals. Bolton's response made clear that it won't be happening.

Even before the indictments were announced Friday, Trump had been clearly signaling surrender to Putin by parroting the Russian dictator's absurd denial that his government had anything to do with election hacking.

Now that Trump's own Justice Department has directly implicated Putin's intelligence officials, Trump's failure to do anything about it will cement America's humiliation.