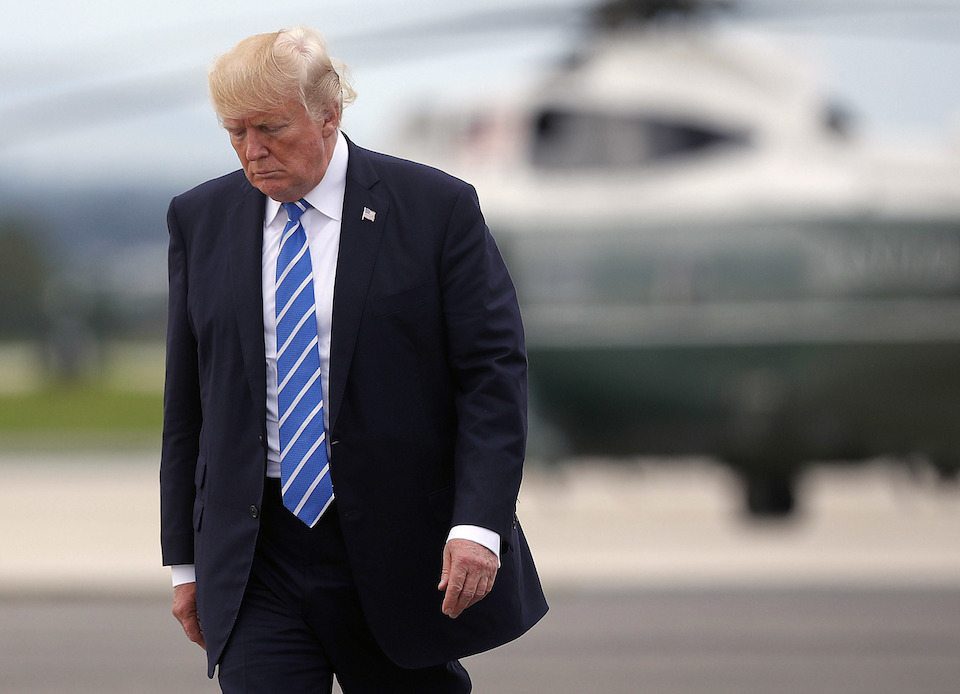 The Trump administration didn't send a single official to the Sunday talk shows, as the unpopular occupant of the Oval Office continues to retreat further and further into his bunker.

The Trump administration did not send any officials to appear on the Sunday political talk shows, a growing sign of how despised and hated this presidency has become.

The move comes a day after Donald Trump announced that he would not attend the historic Kennedy Center Honors, claiming that his attendance would be a "distraction." The move was a break with tradition — and a tacit admission that appearing in public with anyone but his most adoring fans can seriously backfire for Trump.

For the Sunday shows, the best Trump could muster was Liberty University's Jerry Falwell Jr., who has been one of staunchest allies. His continued affiliation with Trump is creating controversy even at that conservative institution, where some graduates plan to return their diplomas in protest of his Trump connection.

Traditionally, a White House would have officials on the agenda-setting Sunday shows to help set the narrative for the coming week, particularly after such a disastrous week like the one Trump had.

But instead, Trump has had to go into a bunker, warding off criticism from Americans who have overwhelmingly rejected the racial hatred with which he has allied himself. He is out of contact and even more out of touch with America, repudiated over and over again.

His inner circle is shrinking, his legislative agenda is all-but dead, and he is not speaking to anyone who remotely disagrees with him.

And it has only been 7 months.