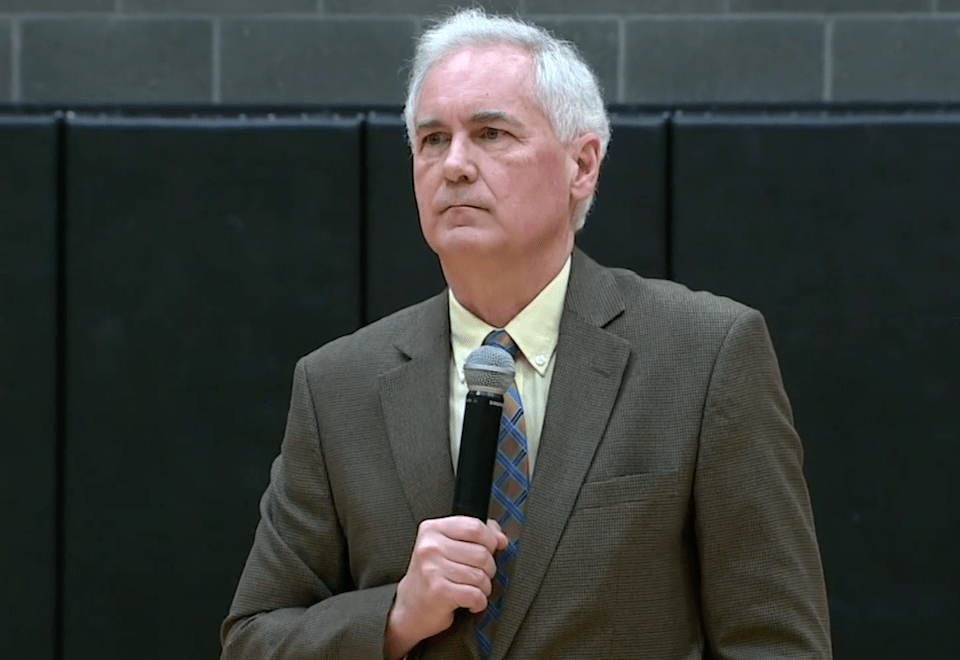 The corporate media may have been easily distracted from the investigation into Donald Trump's possible collusion with Russia, but everyday Americans are not. Republican Rep. Tom McClintock of California found that out at a town hall meeting over the weekend, when his attempt to deflect a question in the investigation was met with jeers from constituents.

Donald Trump's unilateral airstrikes to temporarily inconvenience a Syrian airbase have effectively distracted the corporate media from the bombshell developments in the investigation of his campaign's collusion with Russia, but they don't appear to be working with everyday Americans.

The town hall resistance that has characterized much of Trump's early presidency continued this past weekend at Rep. Tom McClintock's event in Loomis, California, and one of the subjects his constituents wanted to hear about was the Russia investigation.

The crowd was none too pleased when McClintock tried to deflect the question onto false allegations about former National Security Adviser Susan Rice, according to a CNN report:

A woman asked if McClintock believed the FBI and congressional investigations into any ties between Trump campaign aides and Russia, which US intelligence agencies say interfered in the US election, are an attempt to delegitimize Trump's victory, as some Republicans have said.

"We want to see all the facts on the table," McClintock replied. "That's why there is an investigation going on."

When McClintock said those investigations should look into Trump's accusation earlier this week that President Barack Obama's national security adviser, Susan Rice, likely broke the law by allegedly requesting the names of Trump campaign officials caught up in the broader surveillance of Russian officials — a claim for which Trump provided no evidence and which Rice has denied — the congressman's answer was received with loud boos.

That moment was caught on video and is a vivid reminder to other Republicans who might be thinking about this tactic:

The Russia investigation is not going away, no matter how many distractions and obstructions Trump and his fellow Republicans throw at it. The American people clearly care about how our democracy was undermined, and they are making themselves heard. More Republicans should start to listen.