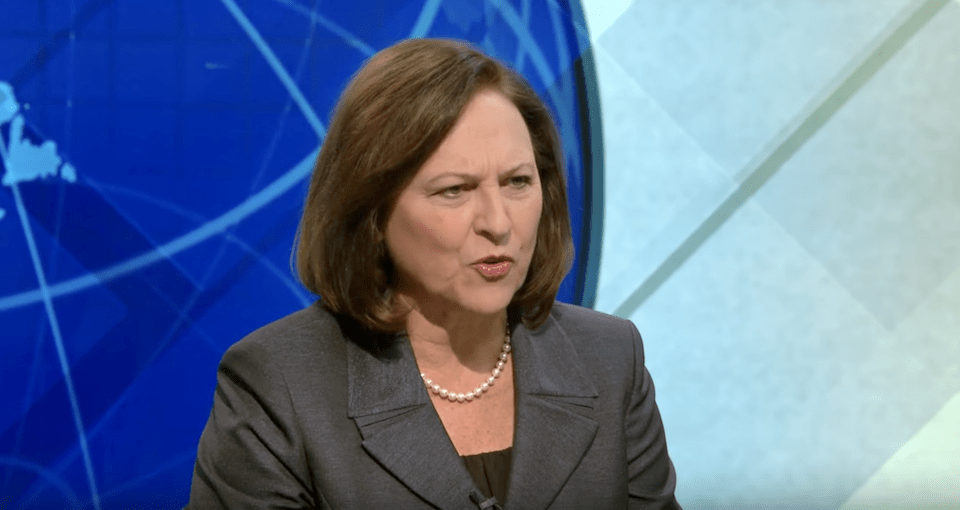 Republican lawmakers continue to evince a marked disinterest in how their disastrous health care repeal plan will impact the American people.

The Republican Party is still clinging to its secret health care repeal plan, despite the fact that the bill is massively unpopular.

Millions of people would be harmed by the bill's passage, and a new report shows that it would also lead to the loss of nearly one million jobs.

But none of that has dissuaded the GOP from trying to ram the bill through under cover of darkness.

Not even the pleas of their own frightened constituents are enough to change some Republican minds.

At a town hall meeting in Omaha, Nebraska, Sen. Deb Fischer was confronted by a number of angry and frustrated voters, who wanted explanations about the repeal plan and her support for it. Fischer had little of substance to offer in response.

One woman spoke bravely about her chronic autoimmune illness, for which her medications alone cost $75,000 a year. She explained that she was worried about the potential return of lifetime caps on coverage for medical care, which the Affordable Care Act barred.

And when she told Fischer, "I’m disappointed that you have not been more active on this," the senator simply walked away, until the crowd shamed her into responding.

But her answer was not what they wanted to hear, and the chorus of boos made that clear.

WOMAN: My insurance has to pay for my $75,000 a year medication. So if you’re going to take those away, is there any way that you could then make drug costs less? Make — you know, what's being proposed and what’s being [unintelligible] is not — it’s not good for anyone. And you know, I’d like to maintain my mobility, I'd like to not be on Social Security or Medicaid. I'd like to continue on the path that I’m on. But if my disease progresses and gets worse, you know, those are my options. I could commit a crime and go to prison and receive health care. I could potentially divorce my husband. [Fischer asks a question] Yes — I could divorce my husband and financially, you know, on paper, be poor.

So, you know, what’s going on, and what's going on behind closed doors, is just absolutely disgusting. [applause] You know, it is 2017, and I’m really tired of having to fight for women's health care. [applause][unintelligible] and only five Republican senators? I’m disappointed that you have not been more active on this. [applause]

[Fischer walks back and asks a question of the woman off the microphone.]

FISCHER: I am supportive of the marketplace — [Boos and chants of "No!"] — and being able to have [unintelligible] where people can choose the benefits that they want. And I realize that there are many of you here today who are opposed to that.

At least Fischer accurately interpreted the sentiment of the audience. But it certainly doesn't sound as though she took it, or the woman's story, to heart.

This keeps happening: When they are not avoiding them altogether, Republicans are facing similar pleas for help and anger at their responses across the country.

Rep. Steve Knight of California was confronted by a woman who was afraid that her disabled son would lose his Medicaid coverage. Knight flatly lied to her, claiming that Medicaid "wouldn't be changed" under the repeal plan.

In Idaho, Rep. Raúl Labrador was also challenged by a constituent over the Medicaid cuts, to which he shocking replied, "Nobody dies because they don't have access to health care."

In Kentucky, a man brought his medication and the pump he uses to deliver it right up to Rep. James Comer, telling him, "I want you to think about people like me" before voting to take away health care access.

Rep. Lee Zeldin of New York could barely be bothered to respond to a woman pleading with him on behalf of her heroin-addicted son.

And when South Carolina Rep. Joe Wilson tried to defend the repeal plan, he had his infamous "You lie!" moment thrown back in his face by the angry audience.

But if the GOP would like to change that reality, there is actually a very simple solution.

Don't vote to take away people's access to health care.