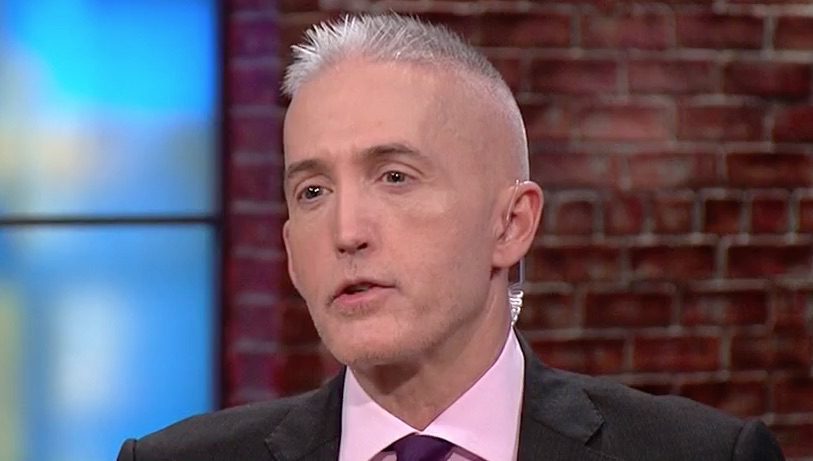 Trump should not breathe a sigh of relief.

Republican Trey Gowdy, chair of the House Intelligence Committee, is warning Trump not to relax about special counsel Robert Mueller's investigation just yet.

On Wednesday morning's "Fox & Friends," Gowdy was asked about a Washington Post report that Trump's lawyers were told, a month ago, that Trump is the "subject" of Mueller's investigation, but not a "criminal target" of the probe.

"When I heard that, I wasn't sure what it meant, because you never know where the facts are going to take you," Gowdy said. "I think if we weren't in a political environment, he probably would not have said that."

"Heavens no," Gowdy replied. "I'll have a sigh of relief when the investigation is over, and even then, maybe not."

"If he's not the target, who is the target?" Pete Hegseth asked.

"I think the target, hopefully, are the Russians," Gowdy said, then awkwardly noted that "I don't know whether anyone colluded with the Russians. That's who would be the target. We'll let Mueller figure it out."

Gowdy also called the distinction "meaningless" in an interview with CNN an hour later.

Mueller's discussion with Trump's lawyers came in the midst of yet another Trump meltdown, and was closely followed by signs that Trump would be shaking up his legal team.

Although Trump never misses an opportunity to falsely declare himself exonerated, he has thus far resisted crowing about this news. That could be an indication that Trump is already all too aware that he is still being hunted by Mueller.