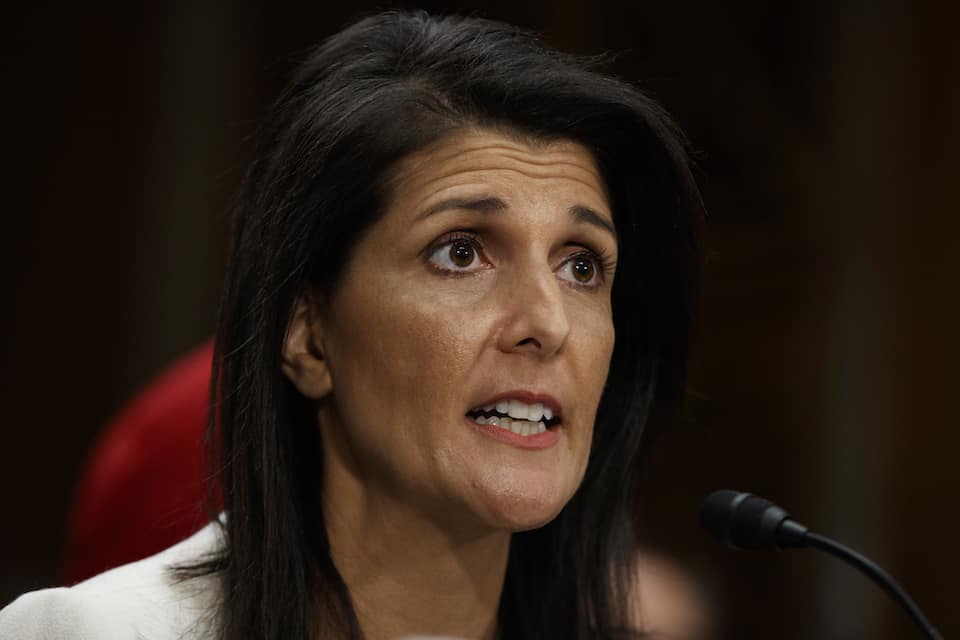 The move comes just after the United Nations condemned the Trump administration for using forced family separation as a means of punishing immigrants.

The Trump administration is set to withdraw the U.S. from the United Nations Human Rights Council, a decision that will further isolate the U.S. from the international community and embolden countries accused of committing human rights violations.

Diplomatic sources told Reuters that the move is expected to be "imminent," and that the withdrawal of the U.S. from the U.N.'s main human rights body is "not a question of if but of when."

The decision comes after the comes after the U.N. General Assembly voted 120 to 8 on Wednesday to condemn Israel over its use of lethal force against unarmed Palestinian protesters.

The U.S. was among the countries that voted against the resolution and objected to a proposal to launch an independent investigation into the matter.

Human Rights Watch says the use of lethal force by the Israeli military in Gaza may constitute war crimes, but the Trump administration says the U.N. vote to condemn Israel for the massacre of unarmed civilians reflects the body's "anti-Israel bias."

U.S. Ambassador to the U.N. Nikki Haley has frequently criticized the council for its tough stance on Israel, and often votes against measures that are critical of the country.

Last year, Haley threatened to pull out of the human rights body for singling out Israel.

But a decision to withdraw the U.S. from the council will not improve that situation, as it would leave Israel without its strongest and most powerful defender.

Furthermore, pulling out of the Human Rights Council would lessen America's diplomatic power and take away a key mechanism for advancing human rights.

As the Associated Press reported, "A full pullout by the U.S. would leave the council without one of its traditional defenders of human rights."

"The U.S. leaving also could ease pressure on China," the AP report says. "At times singlehandedly, the U.S. has been the main country willing to stand up against China, which has been flexing its diplomatic muscle and growing more assertive internationally — even as it intensifies a crackdown on rights defenders at home, rights groups say."

The move would also be the latest example of Trump's "America First" strategy resulting in a decision to reject multilateralism and break with the international community.

While the move toward isolationism would please Russian president Vladimir Putin, it risks alienating the U.S. from its allies, especially after the recent decisions to kill the Iran nuclear deal, impose tariffs against key trading partners, and back out of the Paris climate agreement.

The Human Rights Council was established in 2006, replacing the Commission on Human Rights as the U.N.'s main independent intergovernmental body overseeing matters related to human rights.

News of the Trump administration's plans to pull out of the council come just days after Trump met with and praised North Korean dictator Kim Jong Un, who runs one of the most brutal regimes in the world.

In 2014, the U.N. Human Rights Council produced a report declaring that North Korea's human rights abuses are unparalleled in the modern world and resemble those carried out in Nazi Germany.

The expected withdrawal of the U.S. from the council also comes amid a worsening human rights situation on American soil, reflected most recently in the Trump administration's unthinkably cruel policy of forcibly separating immigrant children from their parents at the border.

That policy drew criticism from the U.N. human rights office, which said the use of forced separation "runs counter to human rights standards and principles."

While the advancement of human rights has never been high on the priority list for the Trump administration, this latest move is one of the most explicit signs yet that human rights aren't even on the list at all.