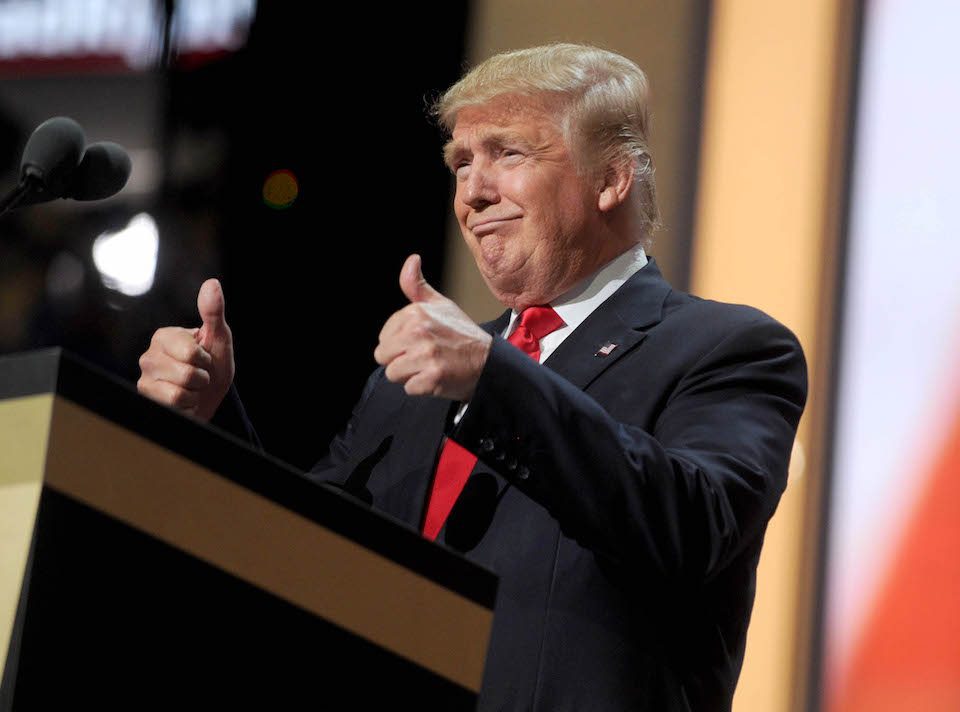 Trump has allowed the office tasked with staffing much of the government to operate like a frat house, with drinking games, vaping, and rampant nepotism.

The White House office tasked with staffing thousands of positions in the U.S. government has instead been playing drinking games, wasting money on campaign cronies, and failing at basic tasks.

The White House Presidential Personnel Office (PPO) is overseen by John DeStefano, who worked for the Republican National Committee and former Speaker John Boehner before that. DeStefano was the official who directly fired acting Attorney General Sally Yates after she refused to enforce Trump's Muslim ban.

The Washington Post reveals that PPO under Trump has become another disaster site, suffering from "inexperience and a shortage of staff."

PPO is responsible for filling 4,000 federal jobs. While they are playing games and operating like a fraternity house, positions remain unfilled at key agencies like the State Department, where 16 of the 22 assistant secretary positions and 50 ambassadorships are empty.

The ongoing staffing issues within the federal government are a mixture of Trump's inability to manage the bureaucracy, along with a conservative zeal for cutting the government without concern for the fallout.

Among the PPO leadership, the paper reports, are "a college dropout with arrests for drunken driving and bad checks and a lance corporal in the Marine Corps Reserve with arrests for assault, disorderly conduct, fleeing an officer and underage drinking."

There are only about 30 PPO staffers, which is less than a third of the staffing level in previous administrations of both parties. Most of those employees, working at taxpayer expense, are people in their twenties. Other than working for Trump's campaign, many of them have no other professional experience.

Trump infamously promised to surround himself with "the best" people, but the Post notes that the PPO offices operate like "something of a social hub."

Instead of working to put qualified individuals to work for the American people, staffers are going to PPO to "hang out on couches and smoke electronic cigarettes."

At PPO they're playing drinking games while hosting happy hours. In one instance, the Trump loyalists played a game called "Icing," where they hid a bottle of Smirnoff Ice and had the deputy director search for it, then guzzle it to celebrate his 30th birthday.

The Post also uncovered that one senior PPO official, Katja Bullock, has had four family members placed in government positions. All four live in one home in Kensington, Maryland.

Max Stier, head of the nonpartisan Partnership for Public Service, slammed the poor operation of PPO under Trump. "No administration has done it as poorly as the current one," he said.

While Trump has frequently tried to blame Democrats, calling them "obstructionists," for the many vacancies in his government, the blame clearly belongs to him and his administration. He has sent fewer appointments to the Senate for confirmation — just 564 — than any president at this point in office in three decades.

By contrast, President Obama had sent 732 at this point. The closest performance to Trump's goes back to the late 1980s, when President George H.W. Bush sent 572 names.

Trump has overseen rampant incompetence and deliberate mismanagement. The manner in which PPO operates is just one example of how his inability to execute has infected the government.

Americans need their government to function on both domestic and foreign policy, but with Trump's frat house contingent playing games and seeking out jobs for their families, the job isn't getting done.