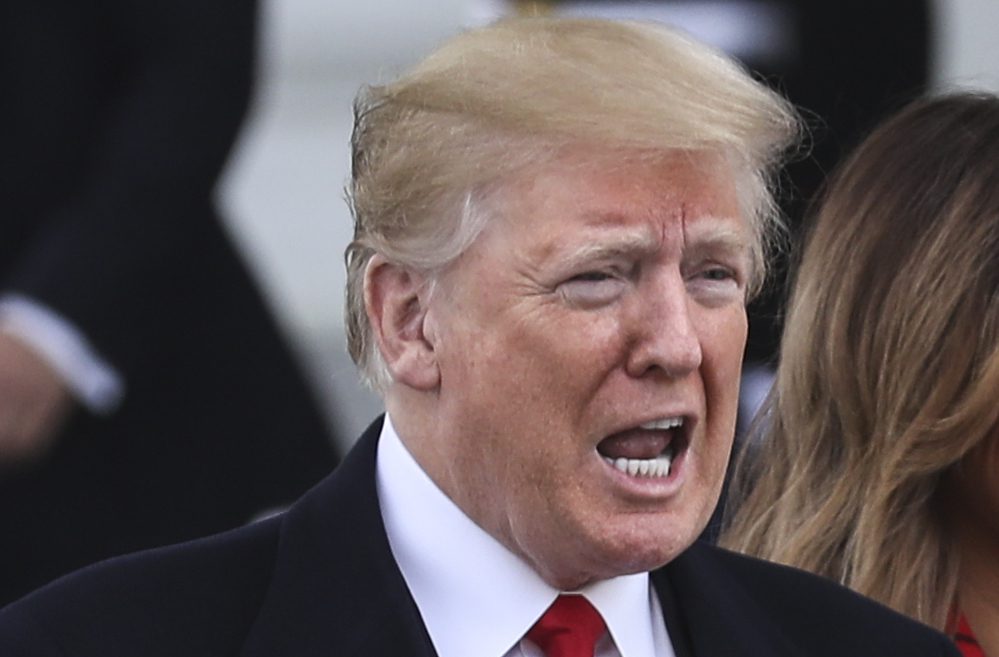 Upset at reports that the scope of his border wall project has been far smaller than promised, Trump insisted on Twitter that construction is going smoothly — and also admitted that most of what he claims is "brand new" wall isn't really new at all.

"Much of the Wall being built at the Southern Border is a complete demolition and rebuilding of old and worthless barriers with a brand new Wall and footings," Trump whined on Monday morning. "Problem is, the Haters say that is not a new Wall, but rather a renovation. Wrong, and we must build where most needed."

"Tremendous work is being done," he added.

The tweet was likely written in response to reporting from Bloomberg on just how little of Trump's wall is being built. "U.S. Customs and Border Protection has put up just 1.7 miles of fencing with the US $1.57 billion that Congress appropriated last year for President Donald Trump’s wall along the Mexican border," Bloomberg reported.

Trump has long promised to build hundreds of miles of new wall, which he has sometimes referred to as a fence. While his claims about what that wall would look like or how big it would be have constantly shifted over time, one theme remains constant: that the U.S. needs his wall so badly that not having it is a national emergency, and that current border barriers and other security measures just aren't enough.

With his latest tweet, Trump admitted just how empty that rhetoric is, and admitted that he has been trying to pretend that minor wall repair and refurbishing is a fulfillment of his grand promises.

In February, Trump claimed that "the wall is being built," a bald-faced lie echoed by his allies at Fox News. That followed campaign rallies where Trump supporters were given signs to wave reading "Finish the Wall," as if serious construction were already underway.

He started using this strategy when it became clear that Democrats in Congress would refuse to fund his wall obsession. When Trump started saying the wall was already being built, he was days away from signing legislation to fund the government that did not include the money he wanted to fund his wall. Even as he faced yet another legislative rebuke, Trump was claiming that everything was already going according to plan.

Later that month, Trump tweeted a video of what he claimed was the wall currently "under construction." But in reality, the footage was from five months before, and was merely video of repairs being done on pre-existing vehicle barriers.

Then in April, Trump used an Air Force One trip to make a grand visit to the border in Calexico, California. A White House press release touted the claim that Trump would be part of a "tour of the completed section of the wall."

The truth behind the visit was this "completed section" was just more repairs of existing fence — and to add insult to injury, the process to repair the fence began under President Barack Obama, not Trump.

The bulk of Trump's accomplishments at the site was a plaque erected the previous October giving Trump credit for wall construction. The plaque congratulated Trump for "completion of the first section of President Trump's border wall."

Trump can't build his wall because Congress won't let him waste the billions required to do so, and because his plans to steal funds from other sources using his bogus "national emergency" declaration aren't going well. Trying to circumvent reality, Trump keeps issuing proclamations about wall construction that don't live up to the hype.

It is all a campaign of disinformation and delusion.