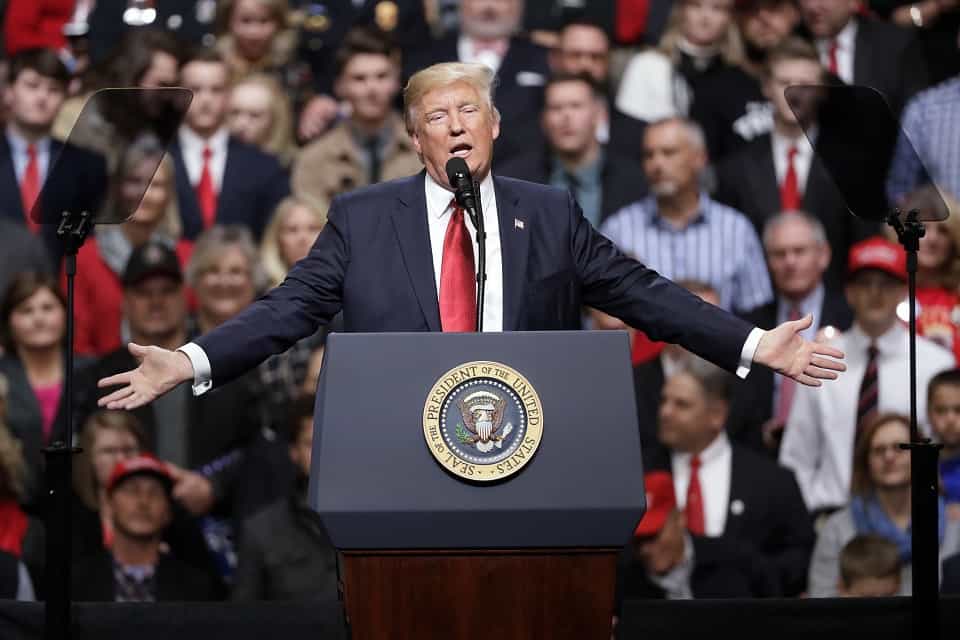 In a Fox News interview, Donald Trump admitted what became clear days ago: His health care repeal plan is designed to hurt the very same people who voted for him last year, while again rewarding the super-rich.

Appearing with supporter Tucker Carlson on Fox News, Donald Trump had a rare moment of honesty when he candidly admitted that the plan to repeal Obamacare is designed to hurt the voters who supported him over Hillary Clinton last year.

This literally happened...
Tucker Carlson: "The counties who voted for you will do far worse under your plan"
Donald Trump: "Oh, I know..." pic.twitter.com/tsG96kybxe

CARLSON: This bill has as one of its centerpieces a tax-cut for investors that would primarily benefit people making over $250,000 a year. They’ve already done pretty well in the past ten years, as you know.

CARLSON: A Bloomberg analysis showed that counties that voted for you  —  middle-class and working-class counties  —  would do far less well under this bill —

CARLSON:  —  than the counties that voted for Hillary, the more affluent counties.

CARLSON: It seems like maybe this isn’t consistent with the message of the last election.

TRUMP: No. A lot of things aren’t consistent. But these are going to be negotiated. We've got to go to the Senate, we'll see what happens in the Senate.

The unpopular bill currently being pushed around the House contains a major tax cut for the super wealthy: The Republican bill would give the top 1 percent of earners a 2 percent cut in their taxes, while the top 0.1 percent would see their tax bill cut by 2.6 percent, for an average of $207,390.

That money, right now under the Affordable Care Act, goes a long way toward funding health insurance for millions of families that were previously uncovered or denied coverage due to preexisting conditions.

Bloomberg's analysis found that counties that backed Trump would get less than a third of the tax cuts that would go to counties where Clinton won — Trump counties would get $6.6 billion, while Clinton-leaning counties would receive $21.9 billion.

Trump's admission is the latest in a line of evidence showing that, despite his big talk on the campaign trail over the last year, he continues to embrace ideas and policies that hurt the voters who backed him the most.

He supports cuts to Medicaid, on which many of those voters rely; he backs policies that would cut the taxes of the wealthy far more than the middle class; he attacks the rights of workers seeking safe working conditions; and instead of draining the swamp in Washington as he promised, he has instead packed his administration with Wall Street types and billionaires.

When it comes to the people who supported Trump the most, he repeatedly has sold them a bill of goods, like he has for his entire career. And now he just admitted it on national television.