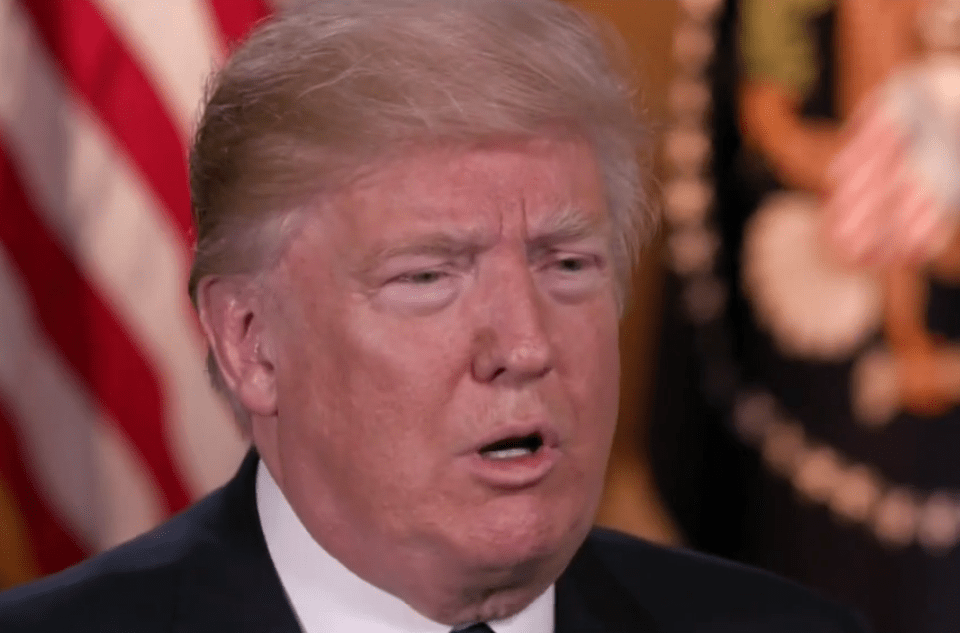 While claiming it had nothing to do with his decision to fire FBI Director James Comey, Donald Trump has now admitted to NBC that the investigation into Russia's election meddling and contact with his campaign was on his mind as he made the decision.

Donald Trump admitted that the investigation into Russian election meddling and his presidential campaign was on his mind as he fired FBI Director James Comey.

Speaking to NBC's Lester Holt, Trump told the interviewer that "When I decided to [fire Comey], I said to myself, you know, this Russia thing with Trump and Russia is a made up story."

HOLT: Because in your letter you said, “I accepted their recommendation.” So you had already made the decision?

TRUMP: Oh, I was going to fire regardless of recommendation.

HOLT: So there really wasn’t a –

The admission is another instance of Trump undermining the spin put forth by his team since announcing the firing.

Trump has repeatedly attacked the investigation into Russian election meddling, even as more evidence has emerged of inappropriate contact between his campaign team and Russian officials and figures. Trump has been pushed to fire his National Security Adviser Michael Flynn, while Attorney General Jeff Sessions was sidelined over his own involvement with the Russians.

Comey is the latest figure caught up in the Trump-Russia nexus to be purged.

Yet, in love with his own voice, Trump continues to go on the record to highlight that the investigation was top of mind when he fired Comey, even though he claims it was not the reason for the axing.

Trump is protesting too much for someone without something to hide.