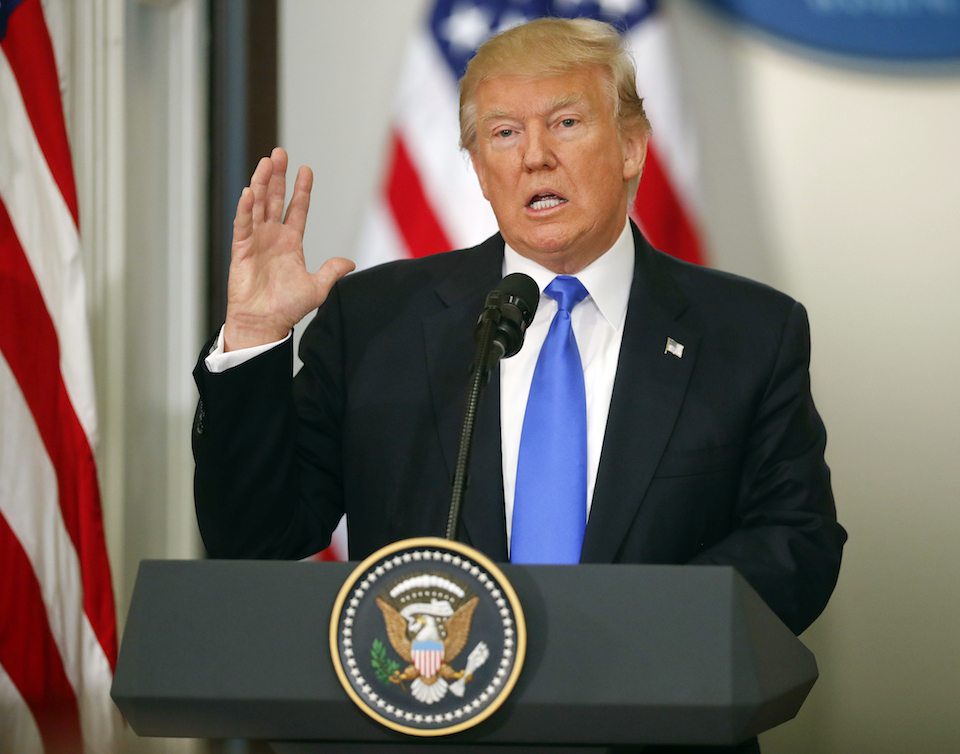 Donald Trump inadvertently admitted just how easy it would be for foreign entities to bribe him by directing millions of dollars right into his bank accounts.

Donald Trump has now confirmed the existence of a financial pipeline to his personal bank accounts that would allow Russians or other foreign nationals to pay him millions of dollars.

In his interview with the New York Times, Trump told reporters, "It’s possible there’s a condo or something, so, you know, I sell a lot of condo units, and somebody from Russia buys a condo, who knows?"

The concession validates earlier reporting indicating that Trump privately owns over 400 condo units and home lots available for purchase on the open market. It would be extremely easy for Russia or another agent of influence to buy one or more of these properties, and funnel millions of dollars toward Trump and his family.

Special counsel Robert Mueller, ignoring Trump's threats about investigating his private finances, appears to be examining transactions of this sort. Bloomberg reports that "FBI investigators and others are looking at Russian purchases of apartments in Trump buildings" as part of their probe into his campaign and Russian influence in the 2016 presidential election.

The Mueller team is also reportedly looking at a financial transaction in which Russian fertilizer magnate Dmitry Rybolovlev bought a Palm Beach, Florida, estate in 2008 for $95 million from Trump after he purchased it four years earlier for much less, $41 million.

Trump has already used this cash pipeline to enrich himself since winning the election day. USA Today found that after election day in 2016, Trump sold 14 luxury properties and earned $23 million from the transaction.

There is still at least $250 million of Trump properties available on the open market, and nothing would prevent an interested party from paying Trump above market value to curry favor with his administration.

Trump has been pushing for weakened sanctions against Russia, and has also been working to roll back the penalties imposed on Russia by the Obama administration for its election interference. It is impossible to know if this behavior is in response to outside money that was funneled to Trump.

The financial pipeline exists because Trump decided to ignore America's ethics traditions and instead has focused on building his personal wealth rather than embrace integrity and honesty. And it wasn't by accident.