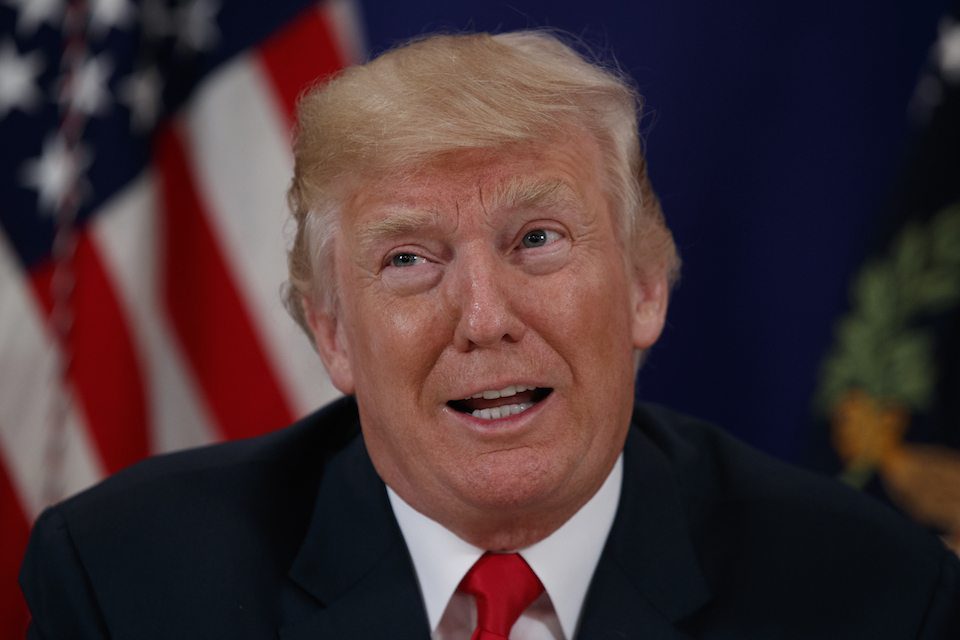 Don't worry — Trump's tough talk about a looming nuclear war is just an act, according to one of his surrogates.

Donald Trump continued his dangerous and unhinged rhetoric Friday morning, as he did his best to gin up a confrontation with North Korea’s equally unstable leader, Kim Jong Un:

Like an omitted scene from “Dr. Strangelove,” Trump seems committed to turning this tense international stand-off into a reality TV show where he gets to play the tough-talking cowboy who stares down his foe. His tweet follows a bizarre statement on Thursday that his threat of "fire and fury" was maybe not "tough enough."

Trump’s reckless behavior is freaking everybody out, but some apologists insists we shouldn’t take the “locked and loaded”-type warmongering so seriously. Because apparently it’s all just an act.

On CNN’s “Anderson Cooper 360” Thursday night, former Republican Rep. Nan Hayworth, a member of the Donald J Trump for President Advisory Board, tried to make that pitch: Trump’s warnings of a looming nuclear war with North Korea shouldn’t be taken literally, because it’s just a quirky form of public negotiations.

"He should be taken seriously, not always literally," Hayworth said.

But CNN’s Ana Navarro and Cooper weren’t buying it, and immediately called out the treacherous and careless spin that foreign leaders should discount the U.S. when it threatens to wage war:

HAYWORTH: No, the president has expressed rhetorically great resolve to ensure that we will not be put at risk or compromised by North Korea. and I think that's what every American wants to hear. And then –

HAYWORTH: What do you not understand about what the president said?