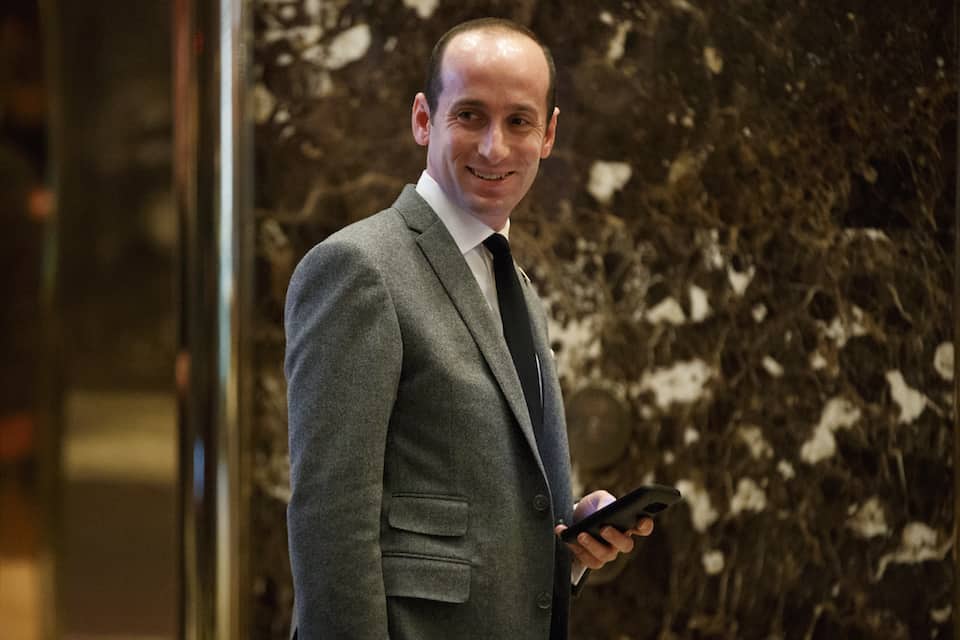 The Donald Trump administration cannot be described as "feminist" with one iota of sincerity. And as if to drive that fact home, Ivanka Trump's work on women's issues will be aided by senior adviser Stephen Miller — who wrote a 2005 op-ed on the subject of gender roles, literally titled, "Sorry feminists."

Women are not big fans of Donald Trump.

Whether in the halls of Congress, or in the streets of America, or on phone lines to Washington, women across the country are leading the resistance against this administration, and against a president who made it clear throughout his campaign that the rights and humanity of women are of no concern to him.

And Trump has continued to telegraph that lack of consideration, most recently by signing a bill that guts Title X, which provides federal funding for organizations like Planned Parenthood, and also by cutting funding for the U.N. Population Fund, which provides crucial family planning services for women in developing nations around the world.

And a new staffing move makes it even clearer than it already was just how much contempt for women this White House is infused with.

Stephen Miller, a senior adviser to Trump with some rather troubling notions about presidential power, will be taking on a curious new role, according to Politico:

The 31-year-old speechwriter is now working closely with Kushner’s Office of American Innovation, as well as on family leave, child care and women’s issues with Kushner’s wife, Ivanka Trump, according to several people involved.

It is difficult to discern what qualifications Miller brought to the table that won him this new job.

Though, considering it is Donald Trump in the Oval Office, it is certainly possible that it was this 2005 op-ed, penned by Miller for Duke University's student newspaper, The Chronicle, in which Miller laid out his pompously retrogressive deep thoughts on feminism, gender roles, and basically women in general.

Not one for subtlety, Miller's article is titled, "Sorry feminists" (emphasis added):

The problem with feminist theory lies with what kind of equality feminists are demanding. Women already have equal rights in this country. They enjoy all the same protections and liberties as men. What feminists demand now is equal results.

It's vital to keep in mind what it would actually mean for women if we were to close the pay gap. For many, it would mean giving up a noble career in social working or putting in 50- and 60-hour work weeks and not being able to spend time with the family. It would mean trading in jobs like housekeeping for night shifts doing road repairs; it would mean giving up the joy of being home during your child's first years of life.

I know I don't want society to follow that path. Men and women are in many ways the same, but they're also innately and magnificently different. It's these differences that make the opposite sex so wonderful, so compelling, so attractive. The truth is, even in modern-day America, there is a place for gender roles. I simply wouldn't feel comfortable hiring a full-time male babysitter or driving down the street and seeing a group of women carrying heavy steel pillars to a construction site. I can't stomach the idea of, say, having a wife who worked as a prison guard getting abused and threatened all day long. Feminists would say this outlook makes me a chauvinist. But they'd be wrong. It's not chauvinism. It's chivalry.

How fortunate for the female sex that we have enlightened, modern men like Miller to clear up our confusion about what feminism is and what it should be, and to reassure us that what we may have viewed as sexist chauvinism is actually chivalrous support for our needs and issues.

That this particular administration even claims to care about "women's issues" is offensive enough, especially when they trot out a woman to lead it, as though that is all it takes to fend off accusations of misogyny.

But to have someone like Miller, with such crude and backward ideas about women's rights and roles in society, tasked with assisting that work adds insult to injury.

As Alexandra De Luca, Deputy Press Secretary for EMILY's List, put it in a statement to Shareblue:

The image of Stephen Miller, proud anti-feminist, heading up the White House’s "women’s issues" department would be laughable if it wasn’t so horrifying. This is a man who proudly defended his Mad Men-era views on paid leave and equal pay (he doesn’t think women should have either) as chivalry – "not chauvinism." No thanks.