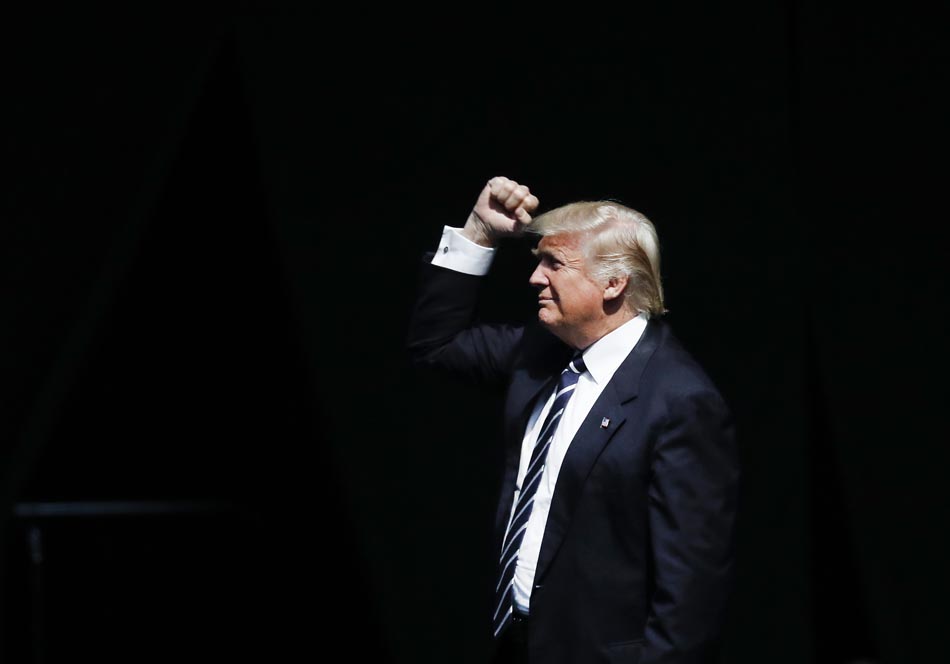 Donald Trump has repeatedly greeted acts of public violence — terrorism, mass shootings, individuals killed by crossfire — by doing a victory lap about how he is always right. It was disgraceful when he was not the president-elect of the nation; it is even more reprehensible now.

Donald Trump does not appear to care very much about victims of public acts of violence, nor about the reverberating effects his commentary might have on people who commit these acts. His primary concern, after nearly every act of public violence, has been to do a self-aggrandizing victory lap, no matter how cynically or undeservedly, about how he is always "right."

As I have previously documented, Trump has done macabre touchdown dances after attacks in New York City, Brussels, Orlando, Turkey, Baghdad, San Bernardino, and Nice. Even after tragedies that are not terror attacks, he does not bother to wait until all the facts come in before doing the same morbid jig.

As Hillary Clinton once noted: Trump makes everything about him, even “the killing of people.”

Following the recent assassination of Russian Ambassador Andrei Karlov in Turkey and the deliberate truck crash which left 12 people dead in Berlin, Trump again chose to crow about his own genius.

Asked by a reporter if the incidents caused him "to rethink or reevaluate" his "plans to create a Muslim registry or ban Muslim immigration to the United States," Trump answered not with sympathy or sobriety, but triumphalism: "You know my plans. All along, I've been proven to be right. 100 percent correct. What's happening is disgraceful."

Trump says the recent violence in Europe and Turkey proves him right.

Trump's reflexive need to be self-congratulatory in the wake of deadly acts of violence is appalling. It is also revealing: He has been "right" only inasmuch as he is selectively commenting on terrorist acts committed by Muslims — while carefully omitting equivalent commentary on white supremacist killers like Dylann Roof or anti-choice terrorists like Robert Dear — in order to justify his Islamophobia.

That is about as far from "right," whether one means correct or decent, as it gets.