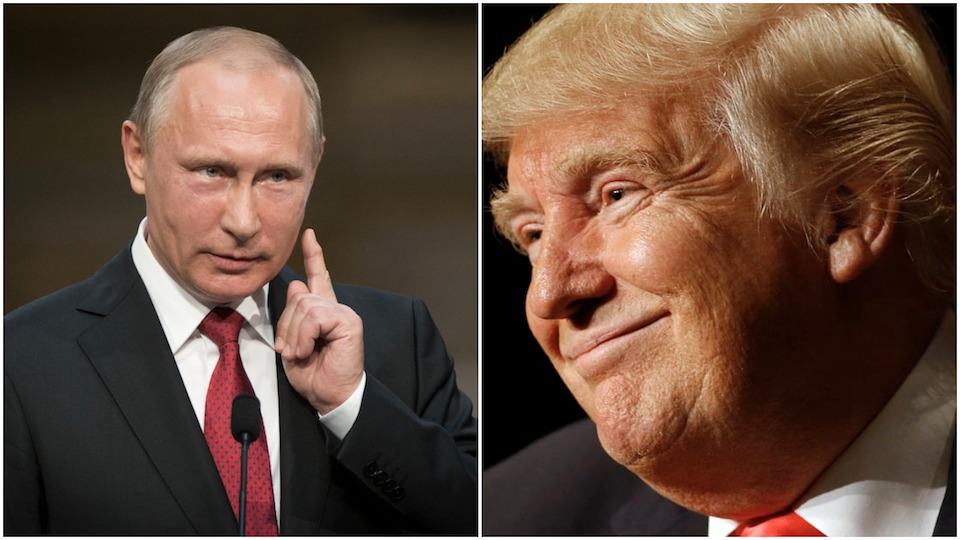 Donald Trump's advisers are afraid that his behavior at the G20 conference will be a repeat of his previous, failed foreign trip and will expose his continued defenses of Russian President Vladimir Putin.

Donald Trump's top advisers are reportedly worried that he will once again embarrass the United States with his behavior at the upcoming G20 international conference.

According to the New York Times, aides are most worried that Trump will botch his one-on-one meeting with Russia's Vladimir Putin. The paper notes, "The air of uncertainty about the meeting is only heightened by the president’s tendency for unpredictable utterances and awkward optics."

Steven Pifer, a former ambassador to Ukraine, told the Times, "There is this gray cloud for the president of the investigations about collusion, so any kind of a deal is going to get the micro-scrutiny of, ‘Is this a giveaway to the Russians?"

Trump has repeatedly repaid Russia for its documented attempts to influence the 2016 presidential election on his behalf. Despite the conclusion of multiple intelligence agencies, and the statements of figures like former FBI Director James Comey under oath, Trump still refuses to concede that Russia was the actor behind the hacking of the Democratic National Committee.

Trump and Putin have even used nearly identical language in attacking the Democratic Party for being the victim of the Russian hacking attack.

In a widely seen interview on Super Bowl Sunday, Trump praised Putin as a "killer."

He has also sought to unwind the sanctions imposed by former President Barack Obama on Russia for its election tampering efforts, even as Russia continues to insist they did nothing wrong.

Aides told the Times that Trump is unlikely to dwell on election meddling, if he even brings it up, because "Doing so would emphasize doubts about the legitimacy of his election."

Trump's last international trip representing the United States was a mess from beginning to end. As he spoke before NATO and demonstrated that he did not understand how the international peacekeeping organization works, allies laughed and whispered about his poor grasp of the issue.

That embarrassing episode came after Trump bowed and curtsied to Saudi Arabian leaders, his Commerce Secretary praised that nation's crackdown on free speech, and Trump broke with tradition and refused to speak with the media while abroad.

After he referred to Germany as "evil," his behavior further frayed American alliances with our closest allies.

Since the trip, Trump announced that the United States would pull out of the Paris Climate accords. The decision, which is a blow to international efforts to combat climate change, was criticized around the world, from both governments and private corporations. In addition to being poorly thought out, it also continued to distance America from vital global partners.

Trump's aides are right to be concerned about his behavior, particularly with Russia, but many of them have been enabling this for nearly two years.