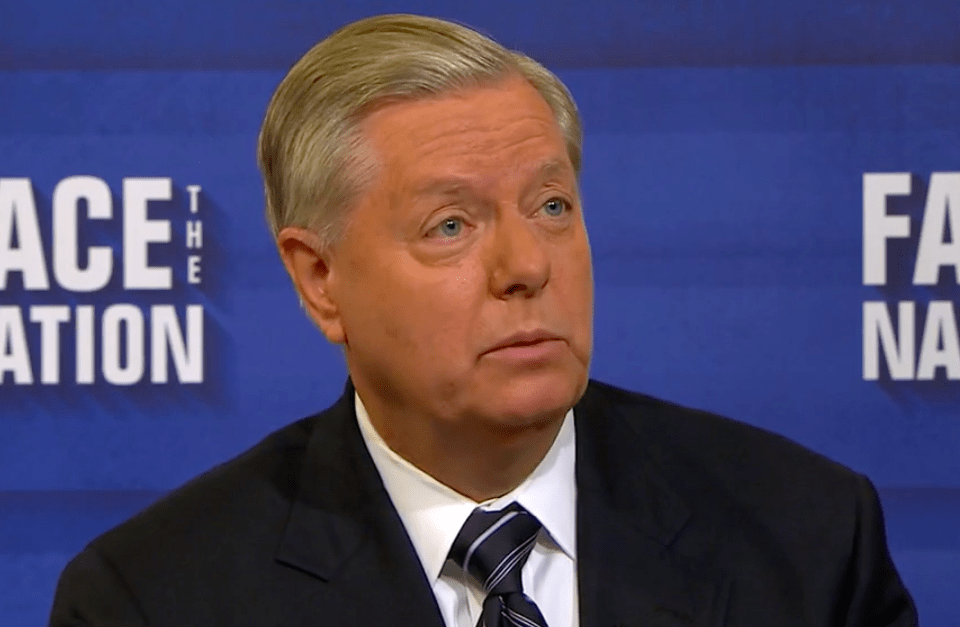 Senator Lindsey Graham may have become one of Donald Trump's allies, but had harsh words for the president: Sign the coming bill that will punish Russia, or you'll be "betraying democracy."

South Carolina Republican Senator Lindsey Graham has become something of a a confidante and ally for Donald Trump in recent months, receiving calls on his personal cell phone at all times of the day, whenever Trump is "frustrated" with a political issue and needs "to vent."

Considering the antagonistic history between the two men — including Graham's labeling of Trump as a "race-baiting, xenophobic religious bigot" — that Graham would now be Trump's go-to sounding board is, in a word, surprising.

But that nascent camaraderie has not dissuaded Graham from his tough stance regarding Russia's interference in our presidential election.

Graham had previously called out his fellow Republicans over the Russia investigation, declaring that anyone who was "gleeful" over it was "not a patriot." He also questioned Rep. Devin Nunes' (R-CA) "ability to lead" the investigation after Nunes' questionable move to brief Trump privately.

And he broke ranks with his party to call for an investigation into Trump's business ties to Russia.

He has not backed down from those viewpoints, despite his warming relationship with Trump. On CBS' Face the Nation, Graham put it succinctly: If Trump does not sign the bill they are working on that will punish Russia for their election interference, he will be "betraying democracy."

GRAHAM: There will be a bill passed this coming week to punish Russia for interfering in our elections. They hacked into the DNC, Podesta's emails — it was the Russians. They're providing arms to the Taliban to kill American soldiers. They colluded with Assad so he could keep his chemical weapons, and I think they were complicit in the attack of chemical weapons by Assad on children in Syria.

DICKERSON: What do you think he'll do?

GRAHAM: I think he'll sign it, and if he doesn't sign it, we're going to override his veto. Mr. President, the Russians did this. They're doing it all over the world. They're providing arms to the Taliban to kill our soldiers. You're the Commander-in-Chief. You need to stand up to Russia. We're never going to reset our relationship with Russia until we punish them for trying to destroy democracy, and that starts with more sanctions.

Graham also pointedly stated that Trump's seeming inability to keep quiet, and keep off Twitter, could be his own undoing.

"You may be the first president in history to go down because you can't stop inappropriately talking about an investigation that if you just were quiet, would clear you," Graham said.

It may not be as certain as Graham states that the investigation would clear Trump. But the admonishment to keep quiet is one Trump may want to heed anyway.

After all, his own words keep coming back to haunt him. And with friends like Graham calling him out, Trump has little leeway to continue his behavior.