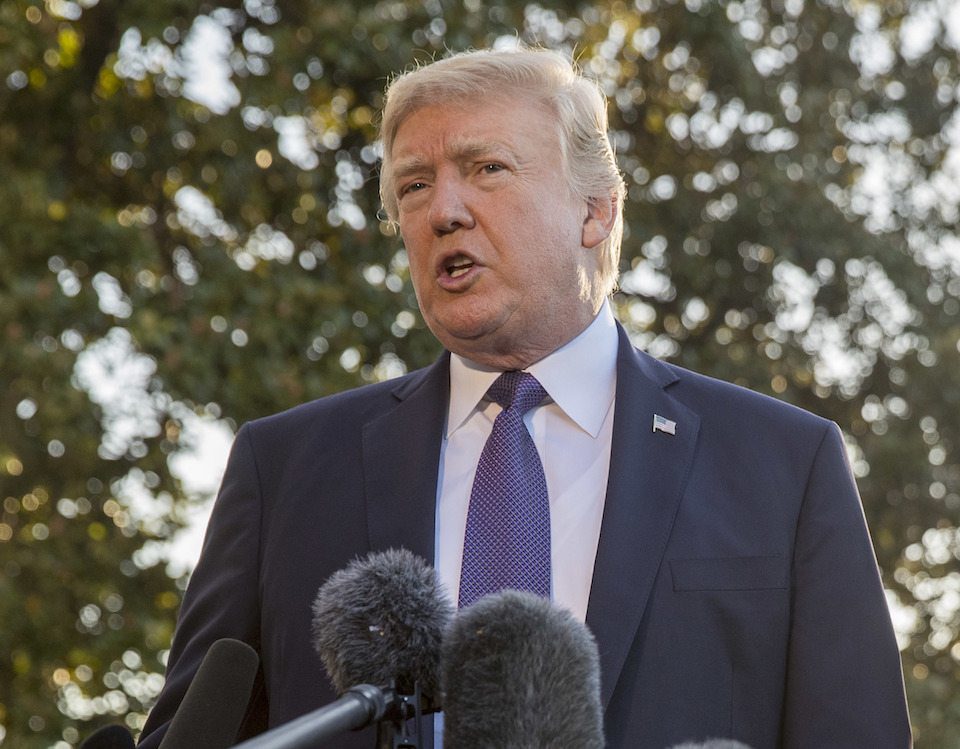 No matter the tragedy, Trump is always the victim.

Donald Trump started his day on Wednesday — a day he is traveling to Nevada to ostensibly comfort those affected by the deadly mass shooting earlier this week — as he always does: obsessing about himself.

"A great day in Puerto Rico yesterday," he tweeted at 6:25 a.m. "While some of the news coverage is Fake, most showed great warmth and friendship."

He continued: "Wow, so many Fake News stories today. No matter what I do or say, they will not write or speak truth. The Fake News Media is out of control!"

As he headed to Marine One to fly to Las Vegas, to meet with patients, medical professionals, "civilian heroes," and first responders, Trump was asked whether he has a message for the people of Las Vegas? His shockingly tone-deaf message was not about them at all.

Given that Trump started his day obviously thinking about himself and the coverage of his embarrassing and disastrous trip to Puerto Rico, where his attempt to supposedly comfort the victims of Hurricane Maria turned into a disgraceful spectacle, it isn't hard to believe that it is indeed a sad day for him personally.

But it is hard to believe that his sadness is about the 59 people who were murdered in Las Vegas. Or the 3 million Americans in Puerto Rico who are struggling to survive without food, water, or electricity.

Every time Trump is called upon, in his capacity as president of the United States, to demonstrate a shred of empathy for the people he serves, he fails miserably. If Trump is obsessing about his media coverage and feeling sad about it, his trip to Las Vegas is almost certainly going to be another pathetic failure.