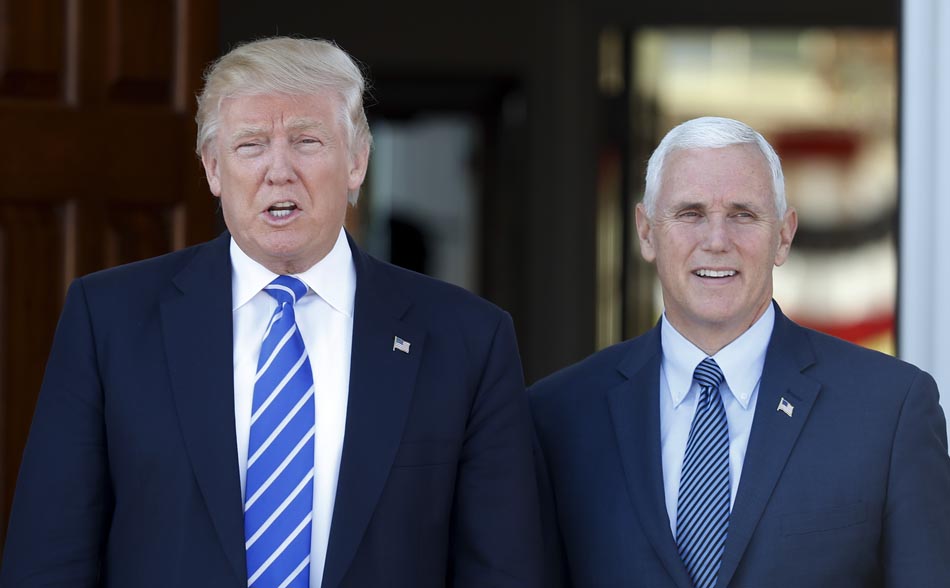 Donald Trump promised to keep jobs from going overseas. He even had Mike Pence use his power as Indiana governor to offer a sweet bribe in the form of tax cuts. And it still failed.

One of the biggest lies Donald Trump has told is that he saved jobs from being shipped overseas, before even taking office.

It's a high bar to reach, given the regularity with which he lies about everything from the relatively mundane and easily debunked — like where President Barack Obama was born, to the far more dangerous ones, like whether he tried to shut down the FBI's investigation into Russia.

But when Trump claimed credit in December for negotiating a deal with the HVAC company Carrier to keep its factory jobs in Indiana, Carrier quickly proved him the sucker in that "negotiation" — and now more than 600 workers in Indianapolis, who will be laid off starting next month, are the unfortunate losers.

As CNBC reports, Carrier received "up to $7 million in incentives" in exchange for agreeing to employ at least 1,069 workers for the next decade. But only 730 of those jobs are manufacturing jobs, which are the exact jobs Trump claimed to have saved. The rest of the jobs, CNBC writes, "are engineering and technical jobs that were never scheduled to be cut."

Of course, that's not what Trump boasted about when he took a victory lap in Indiana, claiming to have saved more than a thousand jobs — at least — that were scheduled to go overseas.

"That number is going to go up very substantially as they expand this area," he said in December. "So the 1,100 is going to be a minimum number."

Trump also left out of his boasting in December that at the time, Carrier said it was still intending to ship another 1,300 jobs — more than he had supposedly "saved" — to Mexico.

At the time, Chuck Jones, president of United Steelworkers 1999 in Indiana, called out Trump's lies about what exactly he had achieved for workers in Indianapolis. Trump retaliated against Jones on Twitter, of course:

Chuck Jones, who is President of United Steelworkers 1999, has done a terrible job representing workers. No wonder companies flee country!

Soon after Trump's attacks, Jones started receiving threatening phone calls but continued to speak out to try to set the record straight about the jobs Trump had claimed to save. Nonetheless, much of the media uncritically parroted Trump's lies and gave him credit for supposedly forcing Carrier to reverse its plans.

The reality, however, is that despite the millions of taxpayer dollars Pence was able to offer Carrier for a few good headlines for the Trump team, more than 600 workers will be out of the jobs Trump supposedly saved for them.

It's yet another of Trump's broken promises, built on ugly lies and taxpayer dollars — and it's American workers who will suffer because of it.