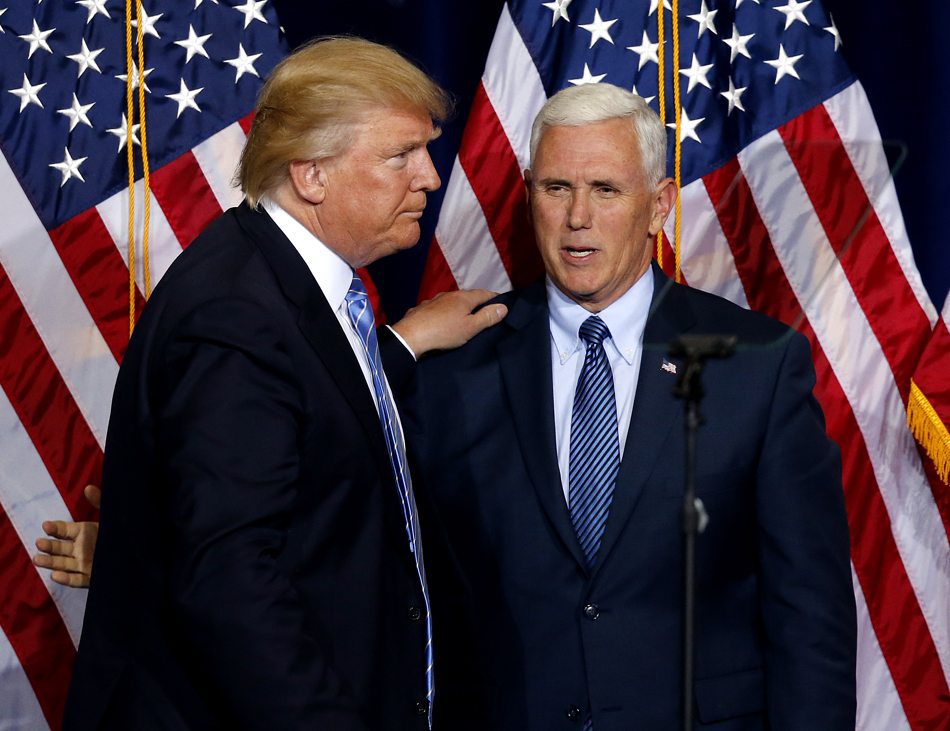 The HVAC company Carrier has announced even more layoffs in Indiana, exposing once again how Donald Trump and Mike Pence's $7 million bribe to the company screwed employees and taxpayers.

There are few better examples of how much of a snake oil salesman Donald Trump is than the latest news of even more layoffs at Carrier.

The company just announced that over 200 employees will lose their jobs at the Indianapolis plant in January. That follows Carrier's decision earlier in the year to fire 300 workers at the same facility.

Carrier has been able to do this because Trump and then-Gov. Mike Pence put together a $7 million bribe to the company.

Before being sworn in to the presidency and vice presidency, the two put together a sweetheart deal of tax cuts to induce Carrier to keep jobs in Indiana, where Pence was governor. After negotiating the deal, Trump patted himself on the back and claimed he had saved jobs that would be shipped overseas.

But Trump and Pence did not secure any agreement that would require Carrier to keep those jobs. Instead, they negotiated away revenue from the people of Indiana in exchange for a few days of headlines. The mainstream press unfortunately played along with Trump's game, and Carrier has now shown how much it played Trump and Pence for absolute suckers.

The entire deal, playing out over the first year of Trump's presidency, has been a microcosm of his fraudulent approach to governing.

Trump loves to announce great "deals," garnering headlines from the media — which is far too quick to quote his lies and deceptions in their headlines. Soon after the announcement, the claims are investigated, and almost immediately, it becomes clear that Trump has lied again. So often the "deal" was long in place, or in the case of Carrier, never existed.

Trump banks on riding the positive wave of the initial announcement from his little dog and pony shows, while moving along when the disappointing aftermath is uncovered. That might work when he was slapping his brand name on buildings owned by others or promoting his reality TV show, but the presidency is different.

What is at stake is more than just headlines designed to boost his already inflated ego. It's human lives and livelihoods. The Carrier employees in Indiana are not just a backdrop on the stage where Trump and Pence are selling a song and dance. They are real Americans who will have to deal with the fallout of Trump's foolishness.

The taxpayers of Indiana will also have to deal with the fallout of their former governor carving out millions of dollars in tax revenue in exchange for layoffs that will take more money out of the state economy.

It is the sort of nonsense that America has begun rejecting, both in opinion polling where Trump is scraping the bottom of the barrel, and at the ballot box, where Trump Republicans are losing big time.

The mask has been ripped off. Carrier was the canary in the coal mine, and the Trump/Pence show has been exposed.