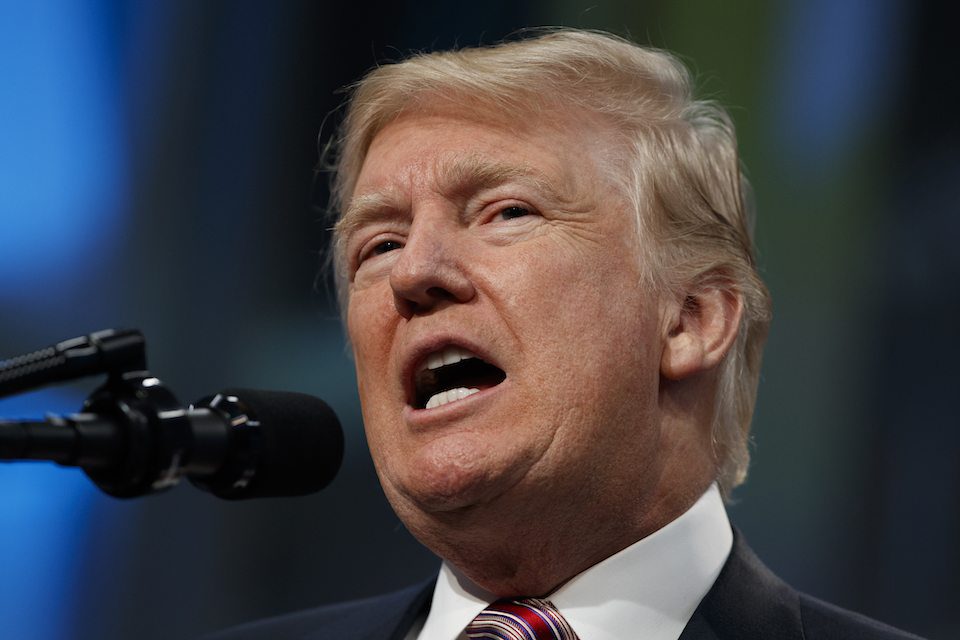 A day after his shameful Twitter rant attacking the mayor of San Juan and the people of Puerto Rico, Donald Trump started his Sunday morning by doubling down on his assault on the island, calling the desperate hurricane victims "politically motivated ingrates."

Hurricane Maria struck Puerto Rico 10 days ago, killing at least 16 people — though emergency management experts say the actual death toll is much higher. Currently, only five percent of the island has electricity, and the percentage of the population without water has increased from 44 percent to 55 percent, according to the U.S. Department of Defense.

But instead of addressing the growing humanitarian crisis, Trump has spent most of the weekend lashing out against the mounting criticism of his administration's inadequate response in Puerto Rico.

On Saturday, he tweeted a series of insults at the mayor of San Juan, who on Friday had criticized his response in an emotional plea for help. His social media director even joined in on the assault, dropping opposition research from last November in a shameful attempt to discredit Mayor Carmen Yulin Cruz.

From the comfort of his luxury country club in New Jersey, Trump continued his weekend-long rant Sunday morning.

"We have done a great job with the almost impossible situation in Puerto Rico. Outside of the Fake News or politically motivated ingrates...people are now starting to recognize the amazing work that has been done by FEMA and our great Military," he tweeted.

We have done a great job with the almost impossible situation in Puerto Rico. Outside of the Fake News or politically motivated ingrates,...

...people are now starting to recognize the amazing work that has been done by FEMA and our great Military. All buildings now inspected.....

Meanwhile, actual leaders are trying their best to deal with the crisis despite Trump's antagonism.

Yesterday, Cruz dismissed Trump's attacks, saying she had more important things to do than deal with Trump’s “petty” insults.

Perhaps Trump could learn some leadership lessons from her — if he takes a break from his weekend of golfing.