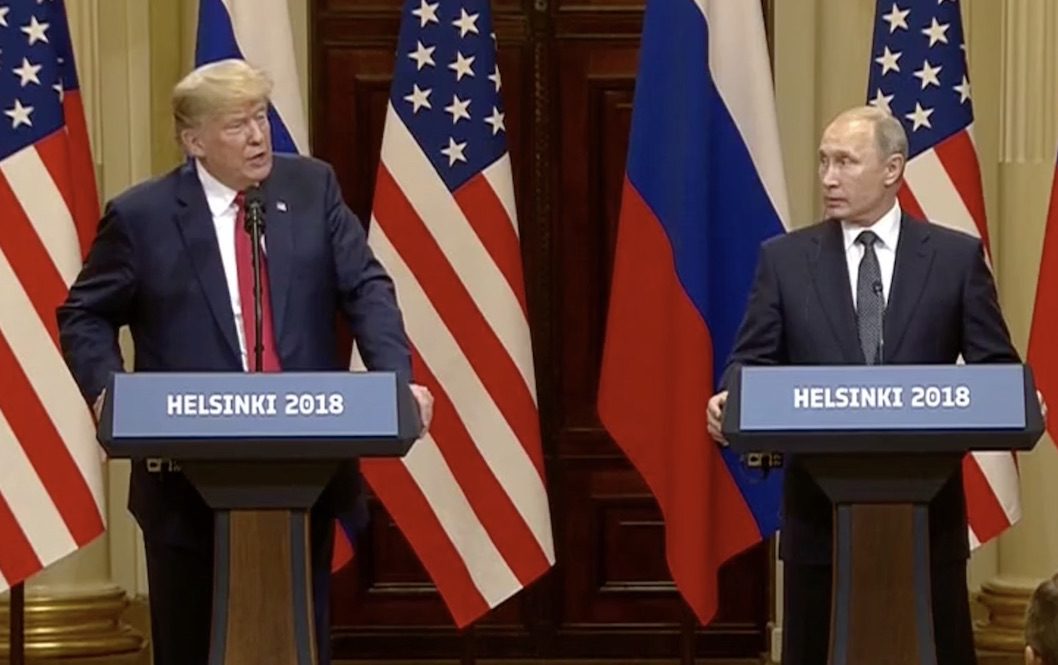 Trump made all of Vladimir Putin's dreams come true in Helsinki.

As if Trump's attacks on the United States and others leading up to his summit with Vladimir Putin weren't bad enough, Trump actually attacked the U.S. investigation into Russia with Putin standing just a few feet away.

At a joint press conference in Helsinki Monday, Trump was asked about his tweet blaming the United States for poor relations with Russia. Trump responded by slamming special counsel Robert Mueller's investigation, and saying nothing about Russia's actions.

"I do feel that we have both made some mistakes," Trump said, but proceeded to speak only about U.S. actions.

"I think that the probe is a disaster for our country," he added. "I think it's kept us apart. It's kept us separated."

Trump also insisted again that "there was no collusion at all" and launched into a tirade about Hillary Clinton, who beat Trump by 3 million votes.

As Putin stood by grinning, Trump revealed that the portion of their meeting involving the election consisted mainly of Trump claiming there was "zero collusion."

Although Trump told CBS News that he would be asking Putin about extraditing the 12 Russian intelligence officials who were indicted last Friday, Trump instead referred questions about those criminals to Putin, to whom he referred as "the president."

Trump's attack on the investigation into Russia's election interference came just seconds after Putin mocked the idea of "so-called" Russian meddling and renewed his insulting offer to help the United States with cybersecurity.

Trump has been signaling his surrender to Putin for weeks, repeating Putin's denial of Russian interference and explicitly saying there was nothing he could do about it.

But after those 12 indictments, it was still striking to see Trump follow through with that surrender so completely — right in front of Putin and the entire world.