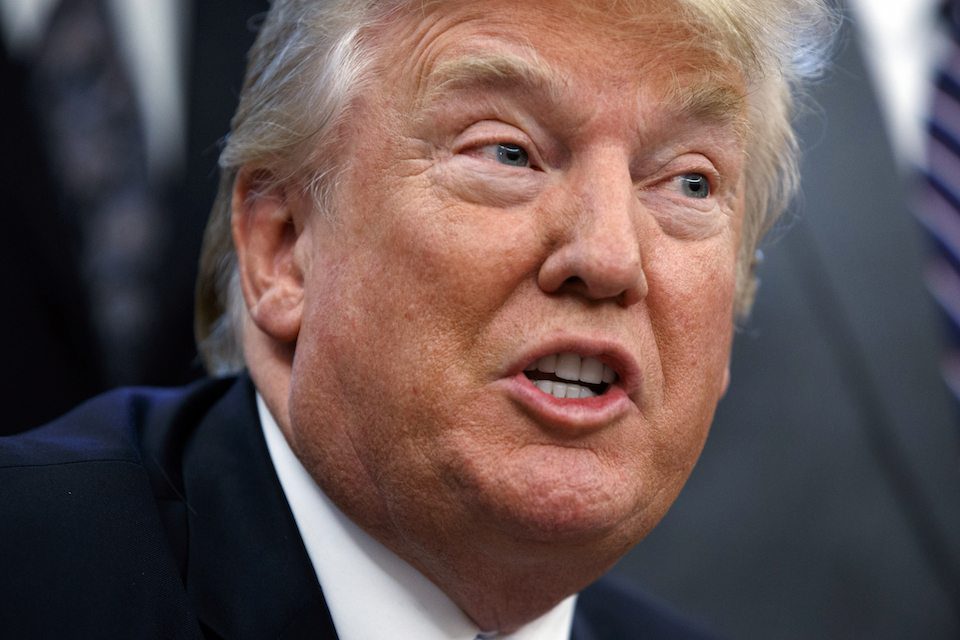 Donald Trump's hostility to civil rights is patently obvious to any honest observers — including an agency within his own federal government.

The call is coming from inside the house — or rather, from down the street from the White House.

Regarding Trump's pardon for the violently racist former sheriff from Arizona, Joe Arpaio, the commission called Trump out for "[undermining] the rule of law in this country by signaling that supporters and allies of the President who violate civil rights and ignore orders from federal courts will not be held accountable as our system of justice requires."

The statement lays out explicitly the terrifying history of Arpaio's bigotry and hateful behavior. citing "many court decisions filed over the course of nearly a decade" against the sheriff. And Trump's pardon, the commission notes, "functionally endorses racial profiling and abuses of authority."

The commission's chair, Catherine E. Lhamon, declared that Trump's move "damages the fabric of our nation" and "is anathema to the fair administration of justice."

The commission issued a simultaneous statement blasting Trump's decision to rescind the Deferred Action for Childhood Arrivals (DACA) program, labeling it a "step backward for our country."

The statement notes that massive economic disruption terminating the program will bring, but also highlights the moral failings of the move.

The decision is a tremendous blow to the personal dreams and ambitions that DREAMers have been working toward since the DACA program began in 2012. They now face a reality where they are at risk of being exploited in the workplace and deported and prevented from fully contributing to and supporting their families, communities, and country.

In a particularly cruel twist, the commission notes, "Undocumented people were encouraged to come forward under DACA and are now vulnerable because they took action to protect themselves and their families."

And Lhamon poignantly states that targeting innocent children and young adults in a perverse attempt to teach some kind of lesson, and to placate Trump's white supremacist base, "offends the American values embodied in the DREAMers."

The USCCR is an independent and bipartisan agency, whose "mission is to inform the development of national civil rights policy and enhance enforcement of federal civil rights laws."

Under the Trump administration, that mission has become more crucial than ever before.

And the agency remains steadfastly dedicated to their work in defense of those targeted by Trump's callous bigotry.