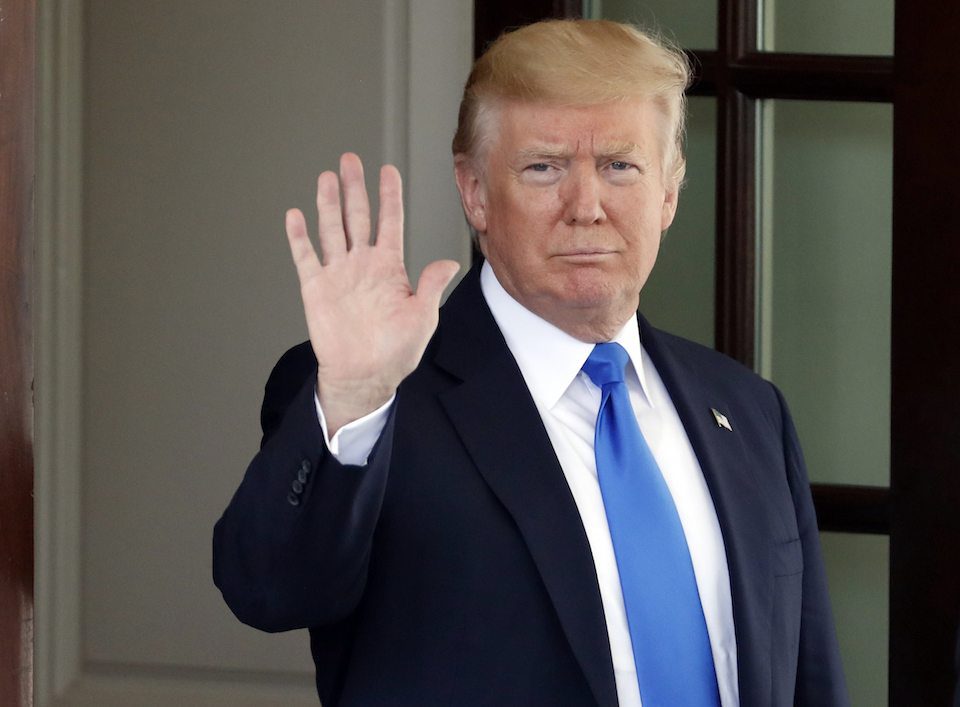 With little outside input, Trump announced a sweeping, anti-transgender initiative that stunned members of the Pentagon and Congress.

Twelve hours after one of Donald Trump’s TV favorites, Tucker Carlson, hosted a representative from an anti- LGBTQ hate group on Fox News to spew “junk science” about transgender people, Trump announced on his personal Twitter account the unilateral move to ban transgender people from the U.S. military.

The sudden change in policy also comes just days after right-wing talker Ann Coulter visited the White House where she supposedly lectured  Trump about keeping his voter base happy.

Trump's plan was apparently made without much serious consultation with military leaders or members of Congress, many of whom seemed completely surprised by Trump’s announcement.

What was unique about this one was just how flat-footed the Pentagon appeared to be when this announcement with these tweets came out from the president. For example, the DoD official website still has up the policy, the timeline on transgender individuals, what the military is going to do to make sure they are going to be able to serve. [...]

Especially on conversations between the president and secretary, it's not uncommon to be referred back to the White House, especially if they want to avoid a question here at the Pentagon. I think the unique aspect of this is just how blindsided the Pentagon, the building that doesn't like to be blindsided, appeared to be.

Wednesday, the Defense Department's website still includes a welcoming message about how "transgender Service members may serve openly, and they can no longer be discharged or otherwise separated from the military solely for being transgender individuals."

Trump’s announcement, while his secretary of defense is on vacation, suddenly elevated an issue that had been relatively dormant. In fact, the topic of transgender people serving in the military only recently made headlines when, in a rare bout of bipartisanship, 27 Republican House members sided with Democrats to vote down a Republican attempt to ban transgenders from serving.

But hoping to ignite the flames of a cultural war, Trump acted unilaterally to single out and disparage transgender members of the military.

Those on the far right, cultural war front lines cheered the move. From the head of the right-wing Family Research Council:

I applaud the president for keeping his word to restore military priorities, ending the social experimentation that's crippled our military.

And yes, White House officials concede the initiative represents a transparently partisan, political attempt to put Democrats in the position of defending the rights of transgenders. “This forces Democrats in Rust Belt states like Ohio, Michigan and Wisconsin to take complete ownership of this issue,” an administration official told a reporter for Axios.

But will it work? A 2016 poll showed that nearly three-quarters of Americans are in favor of giving transgender people special protections under federal law.

According to Pentagon estimates, there are as many as 7,000 transgender troops serving in America’s active-duty force of 1.3 million today. All of them, under the vague outline of exclusion put forward by Trump, would likely be forcibly removed from the the U.S. military, and none would be permitted to join in the future.