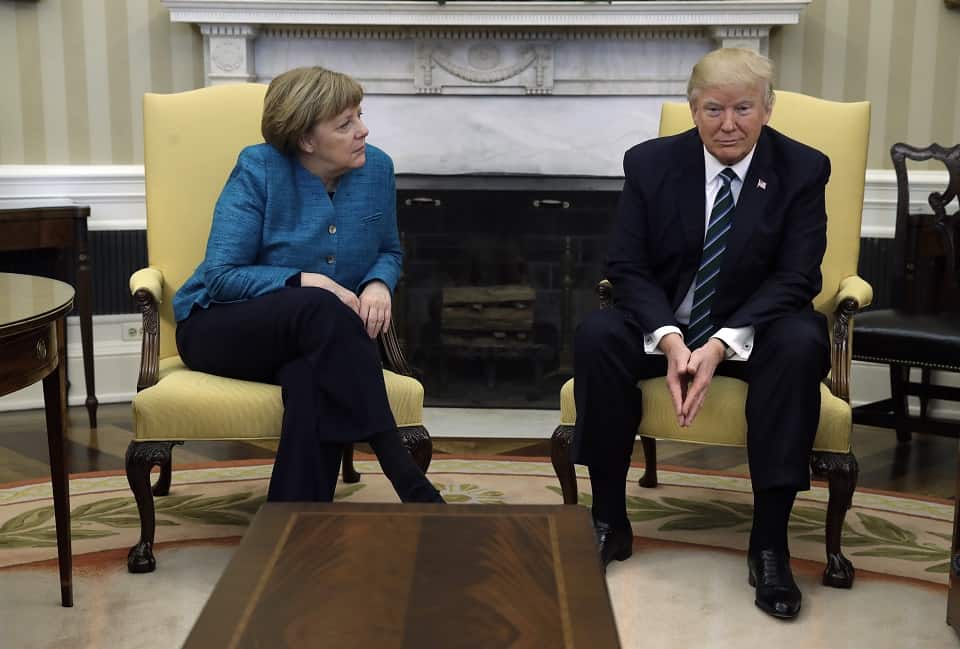 During a joint appearance and photo op following his White House meeting with German Chancellor Angela Merkel, Donald Trump pointedly avoided eye contact with her, and even refused to shake hands with the influential female leader.

Trump mumbled his response to the press about the details of his talks with Merkel, and repeatedly looked away from her.

Asked by photographers if they would engage in the traditional handshake between the president and visiting heads of state, Trump did not answer. When Merkel asked Trump if they should shake hands, he did not respond, and the meeting ended.

No handshake. No talking to one another.

That Trump-Merkel pool spray was pretty awkward. —via @MSNBC pic.twitter.com/DIkEyfNJUq

MERKEL: Do you want to have a handshake?

Trump has repeatedly attacked Merkel over the issue of immigration, describing Germany’s decision to accept Syrian refugees as "a catastrophic mistake." Trump also attacked Merkel while he was on the campaign trail in 2016, accusing her of ruining her country.

And now he has blatantly disrespected her in front of the nation and the world.