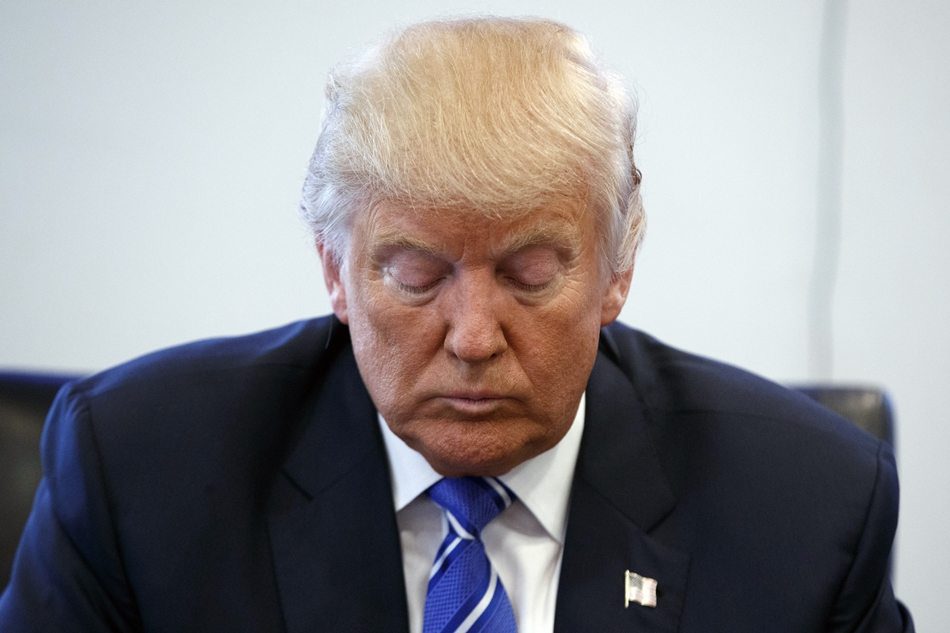 Donald Trump has completely ignored a letter sent to him from the Newtown, CT, school board begging him to rebuke conspiracy theorists — like Trump ally Alex Jones — who have claimed that the Sandy Hook school massacre was a hoax.

Donald Trump has callously ignored a letter from the Newtown, CT, Board of Education, asking him to publicly reject conspiracy theorists who insist that the Sandy Hook school shooting was a hoax.

The letter was sent in February, and as of mid-April, Trump has not responded. Keith Alexander, the board chairman, told the Associated Press, "I do hope that we will receive a direct response at some point."

The board members wrote, "We are asking you to intervene to try to stop Jones and other hoaxers like him," and asked Trump to "clearly and unequivocally" acknowledge the victims of the mass killing.

The letter singles out Alex Jones, the internet/radio host who is the most prominent of the figures who have spread repulsive falsehoods about the shooting, that took the lives of 20 children and 6 adults in 2012. Jones has claimed that the entire event was staged, that the school was closed, and that reporters presenting the story were standing in front of "green screens" to perpetrate a scam. He called the mass shooting a "giant hoax" and "fake."

The talk show host also believes that the U.S. government executed the 9/11 terrorist attacks and that a shadowy secret group of "globalists" runs the world.

Trump has been an ally of Jones throughout his short political career, appearing on Jones' show and praising him for having an "amazing" reputation. He also described Jones as a "nice guy" during a campaign event.

Jones has been a staunch defender of Trump, and used his program to raise money for his campaign while attacking Trump's political opponents, spreading false conspiracy theories and stories about them.

While Trump ignored the Newtown plea, he has reportedly been in contact with Jones and has spoken to him about political strategy on more than one occasion. One of Trump's longest tenured informal advisors, dirty trickster Roger Stone, is close to Jones and has hosted programs on his online and broadcast network.

Trump has promoted many conspiracy theories of his own, most notably the lie that President Barack Obama was not a citizen of the United States.

Since assuming the presidency, Trump has promoted other false conspiracies: He claimed that 3 million illegal votes led to his loss in the popular vote, that President Obama ordered a wiretap at Trump Tower, and that the media refused to report on terrorist attacks.

Trump himself is a conspiracy theorist, so his reluctance to rebuke someone with bizarre beliefs so in sync with his own makes some twisted sense.

But his heartless disregard for the Newtown school board members, and for the horrifying tragedy they lived through, ought to be completely unacceptable from anyone, let alone someone occupying the highest office in the land.