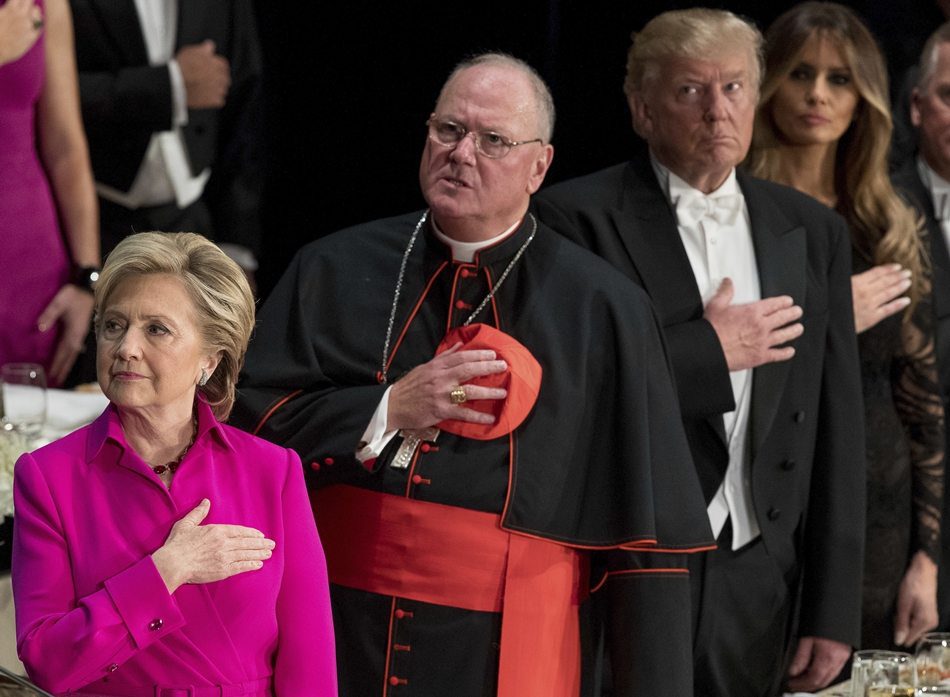 Both candidates appeared at the annual Al Smith dinner. Trump started with a few humorous jabs which Clinton laughed at. But his speech quickly devolved into a mean-spirited tirade against her.

Trump can't help being Trump. It is precisely why he's on a path to defeat in the presidential election.

Here's a sample of the reactions to his remarks at the Al Smith dinner:

It's one thing to lose all three debates. How do you lose a scripted dinner when the jokes are written for you? #AlSmithDinner

Trump is supposed to be making jokes about himself. But he's nearly universally making jokes or statements attacking Clinton.

my skin is crawling #AlSmithDinner

Donald Trump legit gives me a stomachache. It's kind of amazing how the body responds physiologically to terrible people.

Like the debates, Trump started strong but ended up bombing at #AlSmithDinner because he's a horrible person who just can't help himself.

Trump got booed by a room of priests at the #AlSmithDinner Just let that sink in.

That is the last room to blow yourself up in but he did it. My jaw hit the floor. #AlSmithDinner

You're supposed to make fun of yourself and all he did was bully Hillary. He got booed and rightfully so. #AlSmithDinner

"Here she is in public tonight pretending not to hate catholics."
*Yells of disapproval from audience*
He is 100% bombing #AlSmithDinner

This was Cardinal Dolan during the Trump boos pic.twitter.com/8ORDbUv7Js

Standing ovation for @HillaryClinton at the #AlSmithDinner. Only candidate who respects time honored tradition!