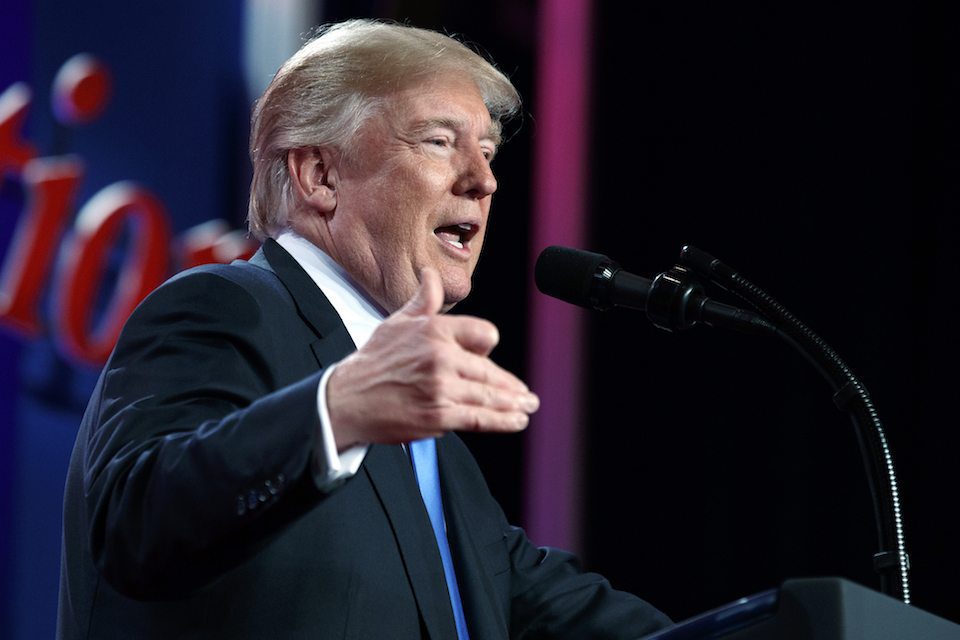 Trump lectures NFL players on how best to honor American troops, but he refuses to honor four fallen fighters.

Boasting that his administration has done more to defeat ISIS in nine months than the Obama administration did in eight years, Donald Trump told loyalists at the Values Voter Summit on Friday that the Islamic terrorist group was on the run.

"We have made great strides against ISIS, tremendous strides,” Trump insisted. “They never got hit like this before.”

But for the 10th straight day, what Trump did not do on Friday was honor the four members of the Army Special Forces who were killed in an ISIS ambush in Niger on Oct. 4.

Trump’s callous public snub comes as he lectures the NFL about the best way to honor American troops.

Last week, a 12-man Army team in Niger was reportedly meeting with villagers during what was supposed to be a routine patrol. Instead, they were the attacked by 40-50 extremists who fired rocket-propelled grenades and heavy machine guns.

“U.S. Africa Command has launched an investigation into the attack that will review what went wrong and whether additional security or overhead armed support may be needed for some of these missions,” Business Insider reported.

But Trump — pre-occupied on Twitter with picking fights with the NFL and ESPN, whining about television news coverage, and threatening to cut off disaster relief aid for Puerto Rico — simply will not mention the four fallen troops, even as he brags about defeating ISIS. (He did tout his supposed victory in the War on Christmas.)

They've been just ruthless. They’ve ruthlessly slaughtered innocent Christians, along with the vicious killings of innocent Muslims and other religious minorities. And we’ve made their lives very, very difficult. Believe me. We’ve done more against ISIS in nine months than the previous administration’s done during its whole administration. By far, by far. And ISIS in now being dealt one defeat after another.

The stubborn refusal to acknowledge the four men killed in action, let alone to honor them or offer public condolences to their family, comes during same week that Trump disrespected the flag while visiting a military base in Pennsylvania.

During that televised spectacle on Wednesday night, Trump failed to stand or honor the American flag as a bugler played, signaling the “Retreat” ceremony. Instead of taking part in the solemn and silent military event, Trump laughed with Fox News’ Sean Hannity during “Retreat” and joked that maybe the “nice sound” of the music was in honor of the host’s TV ratings.

It's impossible not see that Trump's embrace of the military is insincere and for purely political purposes.