Home National Trump steps up to the mic and brazenly lies about his Obama...
Support progressive journalism.
Donate today 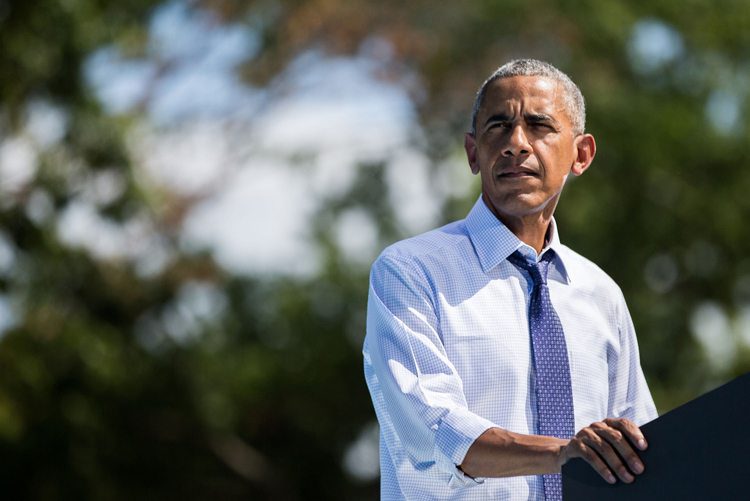 Donald Trump lies. We know that. His most recent lie, about his role in the "birther" movement, is among his most brazen.

To Donald Trump, everything is a game. Asked about his position on President Obama's country of birth, he promised a statement later in the day, saying this: "We have to keep the suspense going."

Asked by @MariaBartiromo if @BarackObama was born in the US, Trump says he will make statement today: "We have to keep the suspense going"

It is reprehensible that the Republican candidate for the U.S. presidency would treat as "suspenseful" his position on a racist conspiracy theory designed to delegitimize the nation's first Black president.

Cable nets played along with this ruse and got humiliated. As they waited for him to appear, he forced them to play an extended campaign commercial with a series of speakers who lauded his "leadership."

When he finally stepped up to the microphone, he lied with an audacity surprising even for him.

my quick exposition of all the lies embedded in Trump's short birther statement >>> Stone Cold Liar https://t.co/MzmO6n4Mgr via @TPM

Trump is playing the national media for fools. Everyone knows it.

When will they finally stop playing along?

I actually think this might have been the final straw for many in the media - they're tired of being played for fools by Trump.

The Clinton campaign put out this statement in response to Trump's absurd spectacle:

Trump’s actions today were disgraceful. After five years of pushing a racist conspiracy theory into the mainstream, it was appalling to watch Trump appoint himself the judge of whether the President of the United States is American. This sickening display shows more than ever why Donald Trump is totally unfit be president.