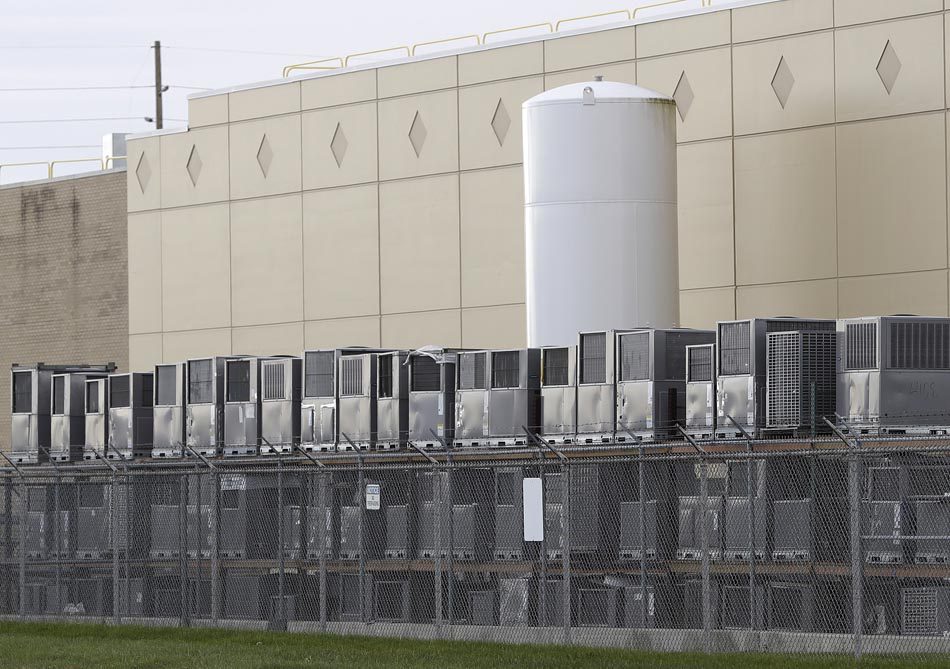 President-elect Donald Trump wants us to believe he delivered on a prominent campaign promise when he announced a deal with manufacturing company Carrier to keep a number of jobs from being outsourced. But, unsurprisingly, the reality is quite the opposite.

During Donald Trump's presidential campaign, he took particular aim at Carrier, a heating, ventilating, and air conditioning systems manufacturer, whose announcement to workers that 1,400 of their jobs would be shipped to Mexico went viral.

In what became a regular part of his stump speech, Trump promised that he would "tax the hell out of" the company to get them to remain in the United States, and was very specific about what he would do and not do to keep the company in the country:

Because we're not going to let Carrier come in, make air conditioners in Mexico, sell the air conditioners to us, across a very strong border now, without consequence. And when we explain to the heads of Carrier that here is the story: Either stay or if you want to go to Mexico, we wish you a lot of luck but when you sell your air conditioners, you are going to pay a 35% tax as those air conditioners cross the border.

So, to be clear, Trump promised he would keep jobs in the United States by threatening to tax Carrier, specifically, at 35%, and repeatedly mocked the idea of offering financial incentives like tax abatements and low-interest loans for them to stay.

Yet Trump literally did the opposite of what he said he would do: The deal announced Tuesday will save "close to 1,000 jobs," not the 1,400 Trump promised, and instead of strong-arming Carrier with threats of huge tariffs, the deal consists purely of economic incentives.

In a particularly galling touch, the most specific incentives were not even Trump's to give (emphasis mine):

In exchange for keeping the factory running in Indianapolis, Mr. Trump and Mr. Pence are expected to reiterate their campaign pledges to be friendlier to businesses by easing regulations and overhauling the corporate tax code, according to a spokeswoman for Mr. Trump.

The state of Indiana also plans to give economic incentives to Carrier as part of the deal to stay, according to local officials.

The big deal struck to keep about two-thirds of the jobs Trump promised to save was precisely the thing he promised not to do — and in actuality, he did not even do it. Vice President-elect Mike Pence is still the governor of Indiana, where the closing was to take place, and where those state economic incentives came from. According to Politico, those incentives include $700,000 in state tax breaks.

Which is a pretty steep price tag to save 1,000 jobs in a state in a state where 1 out of 6 people experience food insecurity.

That also makes it a state where saving 1,000 jobs is great news for the 1,000 people who hold them, but Trump's deal with Carrier is still losing 400 or more jobs, in a way that creates an easily-exploitable standard that risks losing even more jobs down the road:

Every savvy CEO will now threaten to ship jobs to Mexico, and demand a payment to stay. Great economic policy. https://t.co/t2WAJOgh8F

This is not a sensible precedent to set.

Finally, in a frustrating spin on the situation, The New York Times characterized Trump getting his VP-elect to give up a pile of concessions in order to essentially lose 400-plus jobs by saying that the deal "signals that Mr. Trump is a different kind of Republican, willing to take on big business, at least in individual cases."

Giving tax breaks to companies threatening to send jobs overseas are not "taking on big business." It is paying ransom.

As pointedly evidenced by Carrier's statement on the deal: "This agreement in no way diminishes our belief in the benefits of free trade."