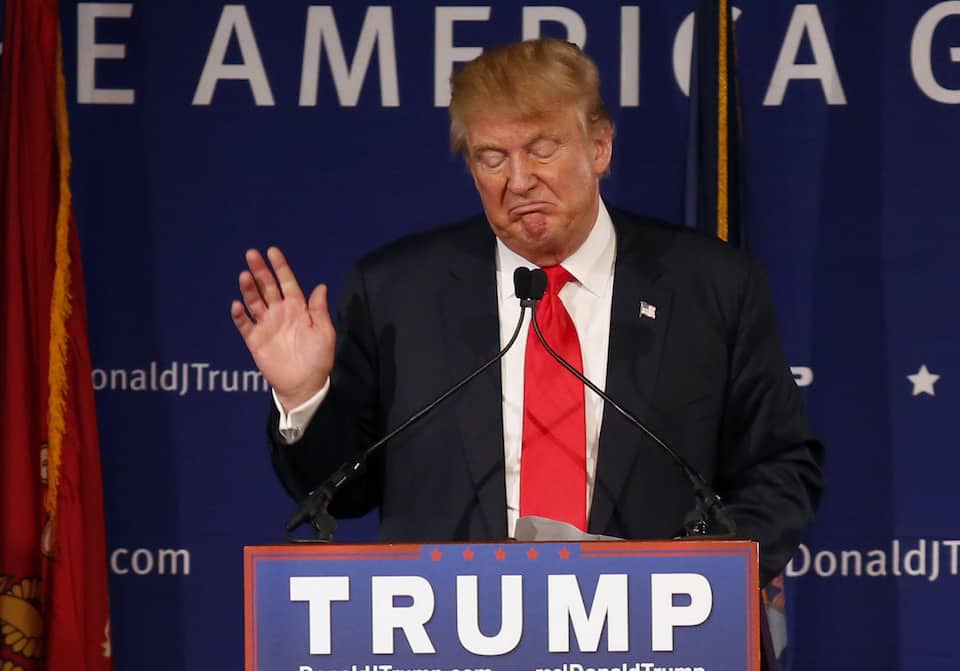 (AP Foto/Mic Smith)
Get The American Independent in your inbox

It's just the latest example of how Trump refuses to honor American soldiers.

Donald Trump went golfing nearly 100 times in 2017, but he never found time to visit American troops in combat zones. Now, some American veterans are hitting him hard for ignoring them.

Trump boasts about wanting to spend lavishly to increase the military's budget, but to date he has refused to visit to places like Afghanistan and Iraq, where an estimated 20,000 U.S. troops are still stationed.

"First off, Donald Trump's been avoiding combat zones since 1964 when he got his first draft deferment." - @will_c_fischer , VoteVets Director of Government Relations and an Iraq War veteran, on @potus not visiting troops stationed overseas. https://t.co/Iofe1rVXY5

Trump, who has bragged about being a three-sport athlete in high school, suddenly developed bone spurs when he became eligible for the draft during the Vietnam War. In total, he received five deferments and avoided serving in the military. Nearly 60,000 Americans were killed in the Vietnam War.

Years later, Trump joked with R-rated radio host Howard Stern that his own personal Vietnam had been his sex life in 1980s New York, and how he was lucky not to contract an STI.

Previous American presidents have all made a point of visiting U.S. troops inside combat zones. Barack Obama visited them in Afghanistan just three months into his first term as president. He returned there three more times as president.

The call for Trump to visit combat troops was recently raised by author Gregg Zoroya. Writing in USA Today, he urged Trump to do his duty:

Troops serving in combat speak of a shared, nagging sense that, apart from family and friends, most Americans back home seem oblivious or have forgotten that U.S. military members are still risking their lives overseas. But this sentiment melts away for the moment when the commander in chief comes calling.

At home, Trump regularly, and shamelessly, exploits the grief of military families for attempted political gain. And this summer, he was caught disrespecting American troops when he talked through the playing of the "Retreat" bugle call inside a hangar at the Air National Guard base in Pennsylvania, during a self-congratulatory interview with Fox News' Sean Hannity.

Meanwhile, Trump continues to keep an amazingly light work schedule, which is often punctuated by long vacation trips to one of his luxury resort properties; trips that are often filled with leisurely, daily rounds of golf.

Visiting the troops just isn't a priority for him.