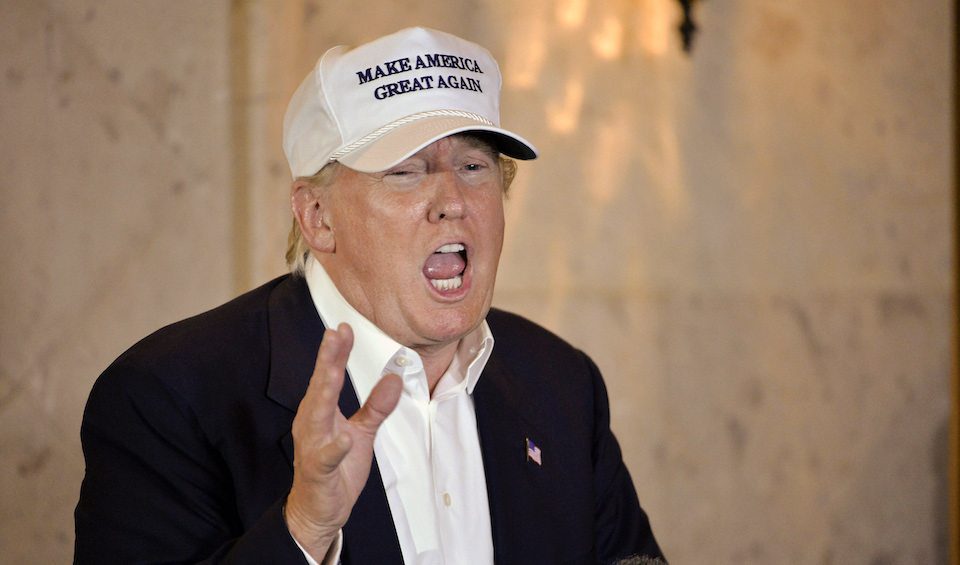 Donald Trump is breaking from the policy set up under President Barack Obama emphasizing safety over immigration enforcement during a hurricane.

Thousands of Texans are evacuating ahead of the massive Hurricane Harvey, which is expected to bring extreme rains when it makes landfall. But Donald Trump's Border Patrol is prioritizing his agenda of cruelty toward immigrants over safety.

Under President Barack Obama, immigration enforcement measures were temporarily suspended during hurricanes in 2012 and 2016. But under Trump, who launched his campaign with a racist attack describing Mexicans as rapists and who has ripped families apart with harsh immigration policies, a hurricane is no reason to stop being cruel.

The Border Patrol has announced that "checkpoints will not be closed" in the Rio Grande Valley. Spokesman Roberto Rodriguez told the Texas Tribune, "We’re not going to impede anybody getting out of here, but at the same time we’re a law enforcement agency, so we still have to conduct our duties."

The National Weather Service warning for the Rio Grande Valley area notes that there is a "high" threat to life and property in the area, and that "emergency plans should include a reasonable threat for hurricane force wind of 74 to 110 mph of equivalent Category 1 to 2 intensity."

The mayor of the city of Brownsville, which is located in the area, has already issued a disaster declaration and activated its emergency operations center.

The pivot away from Obama's more compassionate stance is being slammed by the ACLU of Texas. Astrid Dominguez, policy strategist for the group, told the Tribune, "Safety should be a priority regardless of immigration status. This is very concerning for the community. It sends a wrong message."

Trump has already shown that he is far more interested in appeasing nativists on the right than dealing with natural disasters.

His proposed budget would allocate billions to build a useless border wall and hire more agents to deport undocumented immigrants, and it would get that money from cuts to agencies like the Federal Emergency Management Agency (FEMA), which coordinates responses to natural disasters and emergencies.

The Department of Homeland Security, which oversees FEMA, does not have a permanent secretary in place, nor does the National Oceanic and Atmospheric Administration (NOAA), which monitors hurricanes.

Trump has repeatedly tried to do the opposite of Obama since taking over the presidency, with policies that are score-settling rather than sound leadership.

Prioritizing border enforcement and deportation over hurricane safety and preparedness is just the latest, potentially deadly, manifestation of Trump's envy and bigotry.