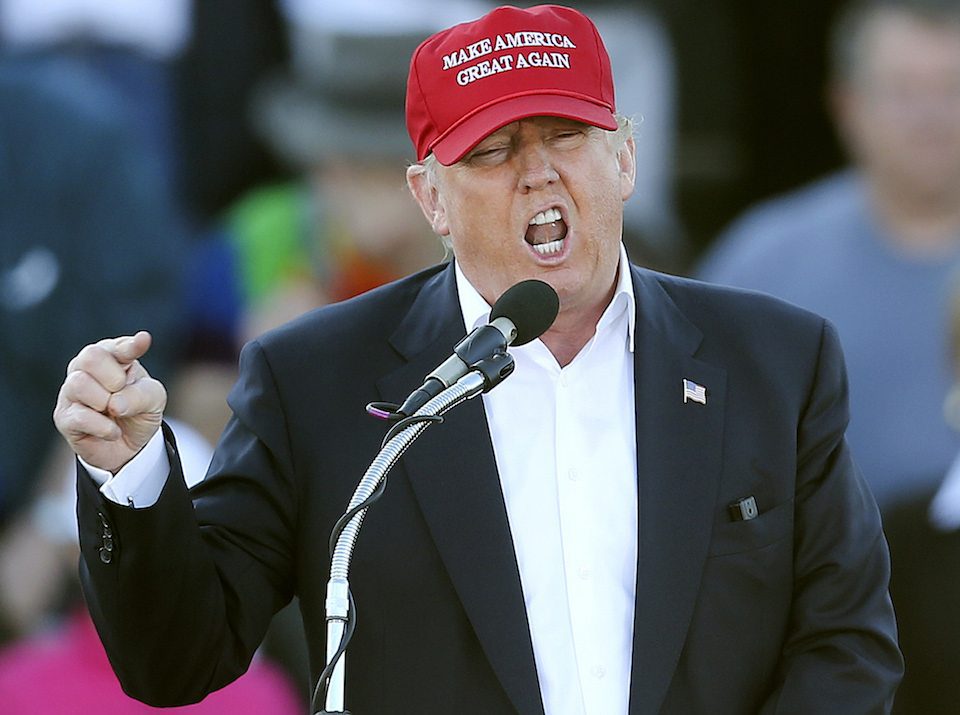 (AP Photo/John Bazemore, File)
Get The American Independent in your inbox

A new report offers hard evidence that hate crimes are rising under Trump.

The Trump era has ushered in a rise in hate crimes, according to a new report.

The data — collected by the Center for the Study of Hate and Extremism at California State University, San Bernardino, and obtained by the Huffington Post — provide the most comprehensive look at hate crime statistics to date in the election year.

The figures, which reflect the number of hate incidents reported by law enforcement agencies, show an increase in hate crimes nationally in 2016, representing the first time in over a decade that the U.S. has seen consecutive annual increases in hate crimes.

The uptick in hate crimes confirms what experts have been warning about: that Trump's failure to take hate and bigotry seriously is emboldening white supremacists and other violent extremists.

As a candidate, Trump courted the votes of white supremacists, who viewed him as a vehicle for their hateful ideology. By this time last year, Trump’s campaign had drawn support from some of the most virulent far-right extremists in the country, including at least 15 representatives of known hate groups.

Even subtle rhetorical support from mainstream political leaders can encourage violence from extremist groups, as the United Nations Committee on the Elimination of Racial Discrimination pointed out last month when it flagged the U.S. for a rare "early warning" usually reserved for developing nations experiencing ethnic violence.

According to Brian Levin, the author of the new study, four of the five largest cities in the country experienced a double-digit increase in crimes targeting people based on their race, religion, sexuality, disability, or national origin in 2016. The largest increase was seen in Washington, D.C., where hate crimes rose 62 percent.

Of 31 cities in the study, 15 had total hate crime numbers that were multi-year highs.

Looking at statewide data across 13 states, Indiana saw the largest increase in hate crimes in 2016, with a staggering 123 percent surge.

Previous reports have provided startling anecdotal evidence of the spread of hate crimes and hate groups in the Trump era, but this latest report offers proof that the surge in hate crimes is a national phenomenon — and links it directly to the 2016 election season.

While hate crimes have increased during previous election years, 2016 was marked by "a clear and dramatic spike for the election period that was unlike anything I can recall in my professional career,” Levin said told the Huffington Post.

The report describes the alarming rise in hate crimes during election season:

The new figures align with a report released in May by the FBI and Department of Homeland Security, which warned that white supremacist violence was on the rise. A month later, Trump defunded the only group in the nation devoted to combatting neo-Nazi and white supremacist extremism.

Despite repeated and increasingly urgent calls for Trump to address the rise of hate in America, he appears to be more concerned with maintaining his bigoted voter base than stopping the rash of hate crimes he ushered in.