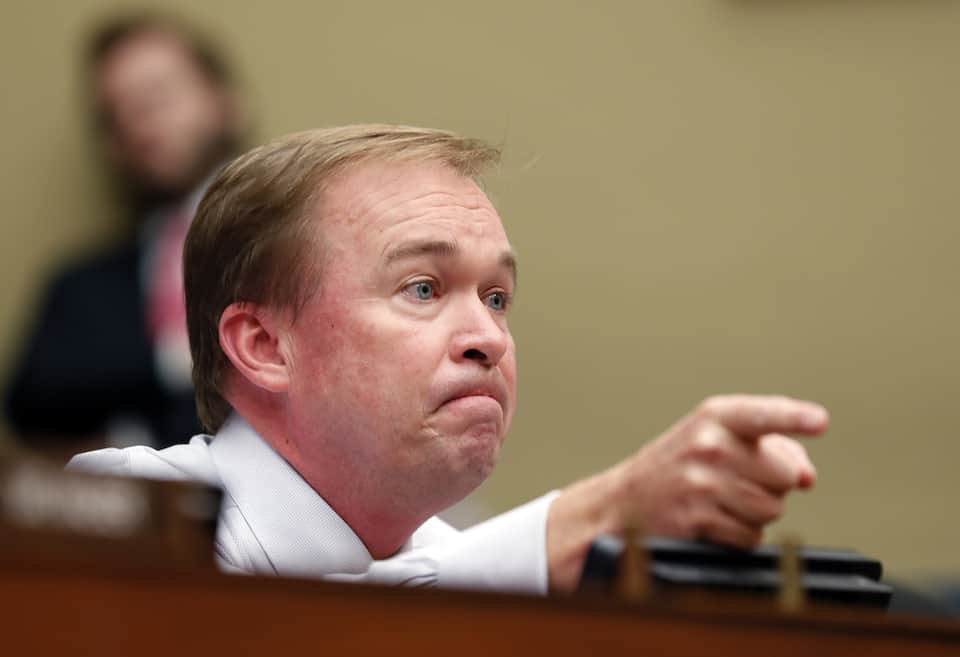 Donald Trump's budget director put the final nail in the coffin of the myth of "compassionate conservatism" in an op-ed he wrote, published by the Charleston Post and Courier.

Under the specious claim of "putting taxpayers first," Mick Mulvaney defended Trump's budget and attacked the very character of those who receive government benefits.

"Taking money from someone without an intention to pay it back is not debt," Mulvaney wrote. "It is theft. This budget makes it clear that we will reverse this larceny."

The Republican-held belief that those needing assistance are criminal or somehow subhuman is not a new one, nor should it come as a surprise. Nevertheless, it is rare to see that belief stated so starkly.

Mulvaney compounds his lies by asserting that the budget is designed to help working families, in particular the working poor:

Finally, the “American Greatness” part of the budget is you, the folks who work hard and pay taxes. This budget is for you. It is your government’s — your new government’s — way of thanking those of you who are working two jobs, saving for your kids’ education, or working to buy a home or start your own business. We cannot express our gratitude and respect enough for what you do to make your families, your communities, and this nation work. Americans are the hardest working people who have ever lived. We worked hard to build this country together and will work hard to restore this country together.

Those very people Mulvaney is citing — men and women forced to work multiple jobs due to low wages or to work overtime to make ends meet — are the people who will be hurt the most by Trump's budget cuts.  A full 73 percent of those enrolled in public assistance programs are families who are among the working poor.

For decades, the GOP has attempted to divide the nation by propagating the myth that a vast portion of the population is simply lazy and greedy, and content to rely on government assistance rather than work.

The reality is that those programs work as the safety net they are intended to be. One half of all people enrolled in public welfare programs use the assistance during a period of temporary hardship or longterm involuntary unemployment, and they stay on them for less than three years. Those who receive help for longer periods are those in dire need, such as people with permanent disabilities or chronic illness, and the elderly.

Furthermore, every month, more than 20 percent of Americans receive some form of government financial assistance.

The White House calls its budget "A New Foundation for American Greatness" — but there are no new ideas here. The Trump budget is a re-packaging of the same, failed "trickle-down" economic tactics the GOP has used since the 1980's to redistribute wealth upwards. It calls for enormous tax cuts for the wealthiest in our society while slashing funding for programs that provide help to the most vulnerable and unfortunate among us.

We have seen this story before and know how it ends. After three decades of this heartless Republican fiscal strategy, the United States now has the greatest income inequality of any industrialized nation in the world. The Trump administration seems dead set on making it even worse.