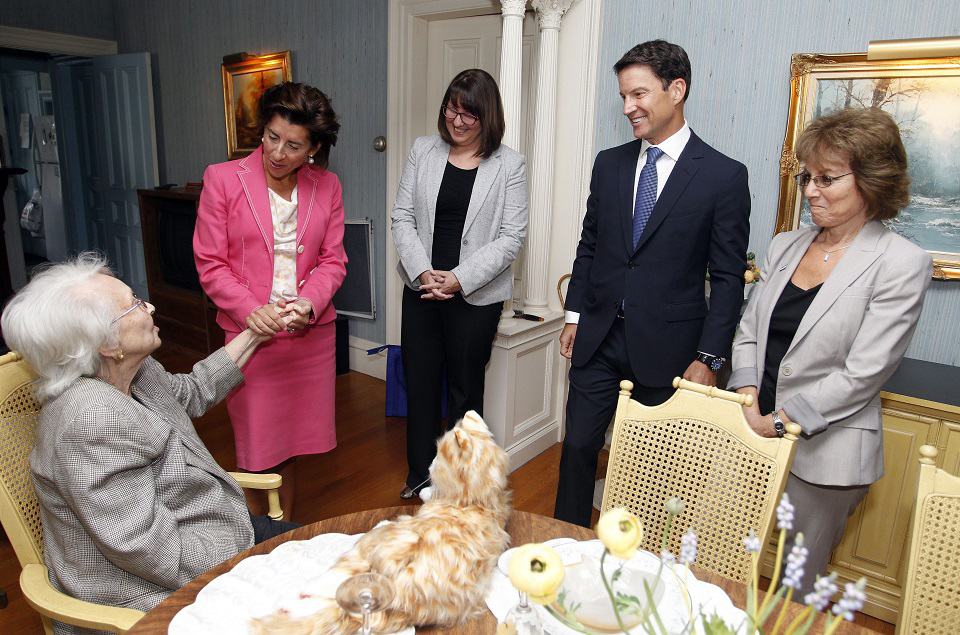 (Stew Milne/AP Images for Hasbro, Inc. and Meals on Wheels America)
Get The American Independent in your inbox

Donald Trump's Office of Management and Budget director Mick Mulvaney says he cannot "defend" programs like Meals on Wheels because they "don't work." He's wrong: Meals on Wheels is a proven success.

Meals on Wheels is a successful program and it has the evidence to back it up.

Yet here is what Trump's Office of Management and Budget director Mick Mulvaney said about Meals on Wheels (which gets hit by the Trump budget by eliminating the Community Development Block Grant program), at the White House briefing on Trump's budget:

ALEXANDER: ...block grants aren't exclusively about housing, they support a variety of different programs, including, in part, Meals on Wheels, that affects a lot of Americans. In Austin, Texas, today, one organization there that delivers those meals to thousands of elderly says that those citizens will no longer be able to be provided those meals. So, what do you say to those Americans who are ultimately losing out, not on housing, but on other things that are taken out by that budget?

MULVANEY: Meals on Wheels sounds great. And again that's a state decision to fund that particular portion. So to take the federal money and give it to the states and say, 'Look, we want to give you money for programs that don't work.' I can't defend that any more. We cannot defend that any more. We're $20 trillion in debt. We're gonna spend money. We're gonna spend a lot of money, but we're not gonna spend it on programs that cannot show that they're gonna actually deliver the promises that we've made to people.

Kali Thomas, the researcher who led the 2015 randomized controlled trial examining Meals on Wheels' effectiveness, detailed the scientific findings of the study that proved Meals on Wheels works:

"We structured this study as a three-arm randomized, controlled trial to determine what effect home-delivered meals may have for older adults, beyond merely providing essential nutrition," Thomas said. "What we found is that there were statistically significant differences in health benefits among the three groups, with the highest gains recognized among participants living alone who had face-to-face contact via daily deliveries."

Moreover, Ellie Hollander, President and Chief Executive Officer of Meals on Wheels America, is a Results for America Moneyball for Government All-Star. That means that she, along with other local, state and national leaders support the following principles:

1 - Build evidence about the practices, policies, and programs that will achieve the most effective and efficient results so that policymakers can make better decisions;

2 - Invest limited taxpayer dollars in practices, policies, and programs that use data, evidence, and evaluation to demonstrate how they work; and

3 - Direct funds away from practices, policies, and programs that consistently fail to achieve desired outcomes.

The Trump administration would do well to learn more about it.

And they would do well to support it.