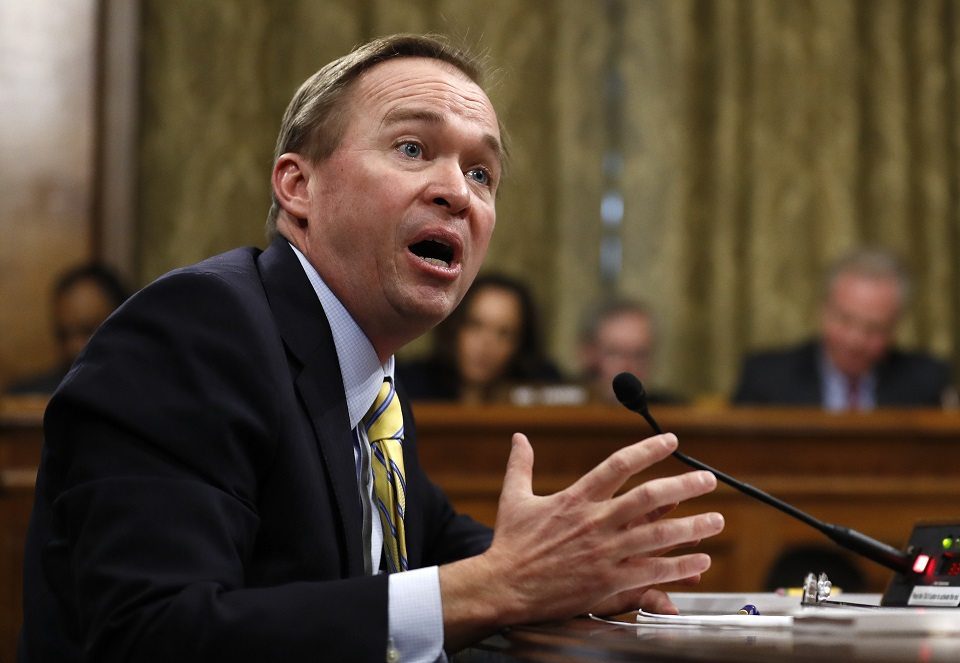 As the disastrous rollout of the Republican "replacement" for Obamacare continues, the Trump administration has now stopped pretending that millions of people will not lose insurance under their plan, or that it is even their goal to keep millions from losing insurance.

When White House Press Secretary Sean Spicer came out of hiding this week, it was to introduce Health and Human Services Secretary Tom Price's ill-prepared presentation on the poorly received Republican plan to repeal and "replace" Obamacare.

While they had their props at the ready, there was a notable lack of substance, and a dearth of concern for the harm this plan will wreck on a large swath of the country.

As Shareblue reported, Price notably failed to reassure Americans that millions of them would not lose their health insurance under the plan:

REPORTER: Keeping in mind that the CBO score isn't in yet, can you guarantee that this plan will not have a markedly negative impact on the deficit, or result in millions of Americans losing health insurance?

PRICE: What I can say is that the goal and the desire, I know, of the individuals on the Hill, is to make certain that this does not increase the cost to the federal government.

That huge omission was followed by a much more explicit bombshell from Office of Management and Budget Director Mick Mulvaney the next morning. In an interview on MSNBC's Morning Joe, Mulvaney responded to the question that Price ignored, and made plain the fact that Trumpcare is not even going to try to cover those Americans currently on Obamacare, let alone all Americans:

HALPERIN: Looking at current law and what the House bill proposes, what's your range of estimate of how many fewer people will have health insurance?

MULVANEY: We're looking at it a different way, Mark, because insurance is not really the end goal here, is it? It's one of the conservatives', one of the Republicans' complaints about the Affordable Care Act from the very beginning: It was a great way to get insurance, and a lousy way to actually be able to go to the doctor. So, we're choosing instead to look at what we think is important to ordinary people. Can they afford to go to the doctor, and we are absolutely convinced it will be more possible for more people to get better care at the doctor under this plan than it was under Obamacare.

What Mulvaney is proposing is a clear trade-off between the 20 million more people who were covered as a result of Obamacare and the comfort of what he calls "ordinary people." The Congressional Budget Office (CBO) has not scored the new plan, but has previously stated that repeal will result in 36 million fewer insured, and other analyses of the replacement plan show between 10 and 20 million people losing coverage.

Moreover, the Republican plan places higher burdens on older Americans, and on those with pre-existing conditions. The "ordinary Americans" to whom Mulvaney refers are actually those Americans who are already attractive customers for health insurance companies.

Trump promised that "everyone" would be covered under the replacement plan, and while it is no surprise that this was a lie, Mulvaney's audacity certainly is. However, with moderate Republicans dumping the plan because it hurts poor constituents, and conservatives dumping it because it does not hurt enough people, this administration is going to have to rethink its position that health insurance reform is not about insurance.