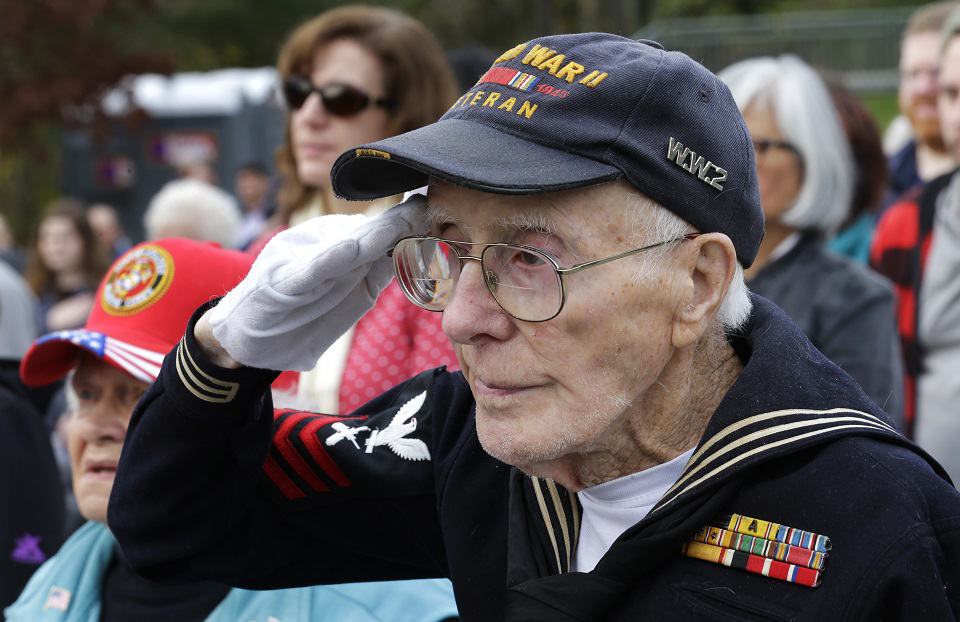 Donald Trump's proposed budget targets assistance to veterans, again showing that despite his words, Trump is derelict in his duty as Commander-in-Chief.

Donald Trump's first budget proposes cuts to numerous programs which would have outsize impact on our veterans, while offering certain funding increases that do nothing to compensate for the harm his budget will cause.

The budget proposes to slash the successful and vital Meals on Wheels program, on which 500,000 veterans rely, according to spokesperson Jenny Bertolette, who told Military Times, "Any cuts to Meals on Wheels funding could cause programs to start waiting lists and cut back on the number of meals served. This would no doubt effect veteran recipients in states that use those block grants to support Meals on Wheels."

Overall cuts to the program would hurt the 2.4 million seniors, who rely on the funding generated by the Older Americans Act to make up 35 percent of the program's costs. Contrary to the false claims by Office of Management and Budget director Mick Mulvaney that Meals on Wheels does not work, there is ample evidence proving it has psychological and health benefits for seniors, including the veterans it serves.

The Trump budget also cuts funding to Legal Services Corporation, an independent nonprofit set up by the government to fund legal aid to impoverished Americans across the country. Military veterans are among those who rely on legal aid, which addresses issues "like needing a protection order against an abuser, people facing wrongful eviction or foreclosure, survivors of disaster who need legal assistance in restoring their legal documents and getting access to federal benefits; representing veterans who have been denied the benefits they earned through their service in the military," according to LSC president Jim Sandman.

Trump proposes some increases to the Veterans Administration and massive increases for the Department of Defense (which would largely go to contractors for weapons systems the U.S. military does not need). But this is a transparent attempt to deflect attention away from the severe cuts that will affect the population at large, while still hurting veterans.

Will Fischer, Iraq War Veteran and Director of Government Relations for VoteVets, addressed this cynical move in a statement noting, "As those who served this nation in uniform, we cannot be more clear – we will not accept increases to the VA Budget and DOD Budget, on the backs of the poor, seniors, and the security and safety of the American people. We will not allow Donald Trump to pit veterans and the military against everyone else."

Trump's budget is a disaster across the board, hurting Americans with its draconian and heartless proposals that only benefit those at the very top. And despite attempts at misdirection and rhetoric from Trump saying otherwise, it also attacks the lives and comfort of military veterans, who have put themselves in harm's way to protect our nation.