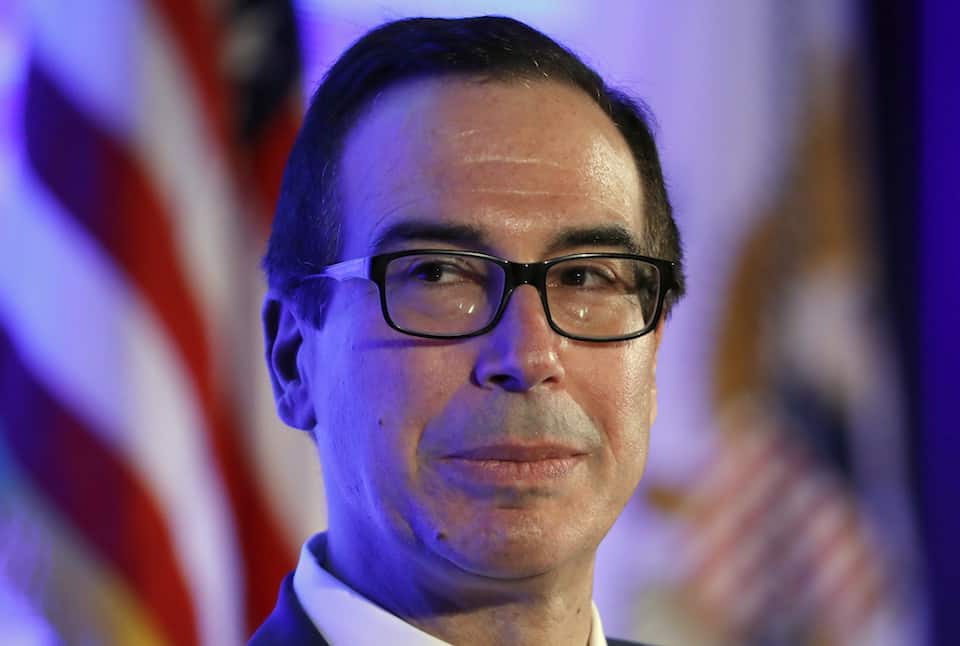 Trump's Cabinet heads are systematically hiding information about their activities from taxpayers, while meeting with special interests who are exerting tons of influence over the government.

Under Donald Trump, the agencies of the U.S. government, which are funded by the taxpayers to the tunes of billions of dollars per year, are keeping their activities a closely guarded secret.

Not only is "the swamp" not being drained, but it is growing more powerful.

Politico reports that Trump Cabinet officials are refusing to release their schedules while hiding the details of where they are traveling and which groups or individuals they are meeting with. This is a change from both the Obama and Bush administrations for at least 17 of the Cabinet heads, when much more information was released.

Other departments — Agriculture, Labor, Homeland Security, and Education — are only releasing their schedules sporadically, while the Treasury Department only began releasing weekly schedules for Secretary Steve Mnuchin in November.

Politico notes that this secrecy is so extreme that it could be breaking the law. At least seven of the departments are not complying with the Freedom of Information Act, which requires agencies to make their meeting records "promptly available to any person."

Austin Evers, head of the watchdog group American Oversight, told the outlet, "When public officials resist public disclosure of what they do, people should be skeptical of what they're trying to hide."

One of the multiple scandals swirling in the Trump administration was swept under the rug thanks to this obfuscation policy.

Billionaire Air, in which multiple Trump Cabinet officials were flying around in luxury airplanes at taxpayer expense at a cost of more than $1 million, was kept under wraps because the details of these trips are being hidden. Mnuchin infamously flew with his wife at a time that coincided with the solar eclipse, travel taxpayers were not alerted to ahead of time.

The decision to sell out the Environmental Protection Agency to polluters is also being hidden by the decision to hold back on this information. EPA head Scott Pruitt wants to cut regulations of the oil, gas, and coal industries, and when he visited a conference sponsored by BP — the same BP whose Deepwater Horizon oil rig collapsed and poisoned the Gulf of Mexico — his underlings would not fess up and admit that Pruitt was there.

Instead of the agencies coming forward, complying with the law, and explaining to taxpayers what they're up to, this information is being revealed through lawsuits filed by government watchdogs and media outlets.

An agency without something to hide does not have to be so sneaky. Under Trump, the impulse is always to hide from America, because they know that if the country was aware of what they are up to, it would be utterly rejected as a violation of trust.