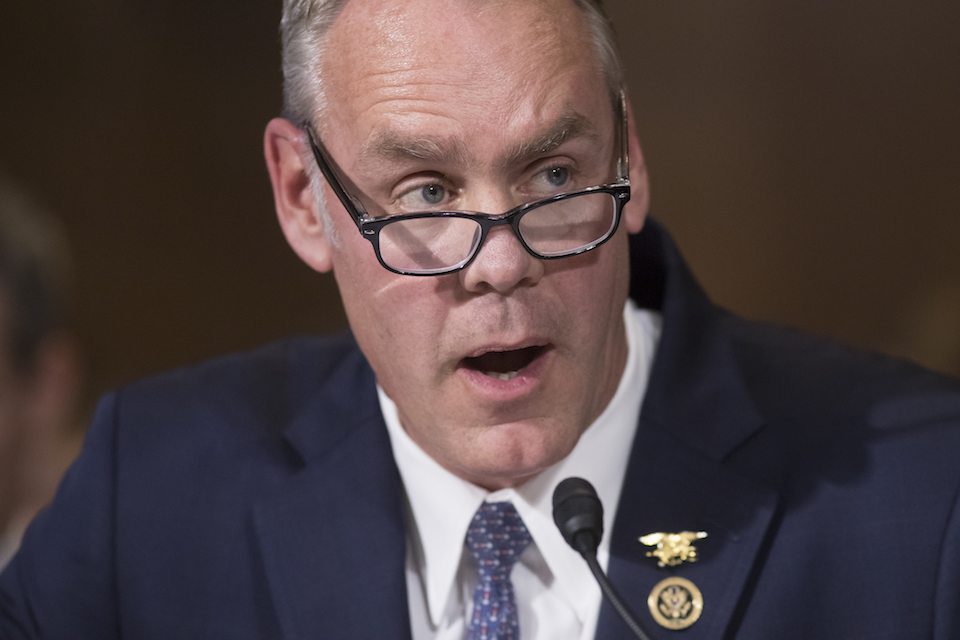 Interior Secretary Ryan Zinke took a helicopter ride with funds earmarked to help the fight against wildfires in a year that those fires caused an epic level of destruction.

The Trump administration tried to use money that has been earmarked to help people prepare for wildfires to pay for a helicopter ride for one of his cabinet secretaries, Ryan Zinke, who heads the Department of the Interior.

Zinke's helicopter tour of Nevada last July cost $39,295, which was slated to come out of the Bureau of Land Management and the National Interagency Fire Center. But Zinke did not visit any fire zones on his trip, despite the odd decision to draw money from those funds.

The fire center is a hub for organizing responses to wildfires, and was in need of every penny in 2017 as wildfires broke records. Damage estimates from fires in 2017 are well in excess of $10 billion, and in California alone, 505,900 acres went up in flames.

Corey Ciorciari, policy and strategy director for the group Democracy Forward, told Newsweek the Zinke helicopter ride is "yet another example of the Trump administration abusing taxpayer dollars to fund the lifestyles of its rich and semifamous Cabinet."

It was only after Newsweek asked why this was happening that a spokeswoman for the Interior Department claimed that the expense was "charged to the account in error."

But the misappropriation of tax dollars for Trump Cabinet travel has been standard practice.

Zinke has been one of the key figures in the Billionaire Air scandal that has permeated the Trump administration. He was caught flying at taxpayer expense to a fundraiser for a Republican congressman, a possible violation of the law.

Multiple Trump Cabinet secretaries have been caught flying on taxpayer-financed private trips, rather than flying commercially as has been done in the past.

The scandal led to the firing of Health Secretary Tom Price, and showed the trickle-down effect of Donald Trump's decision to shirk ethics and embrace corruption at the highest level.