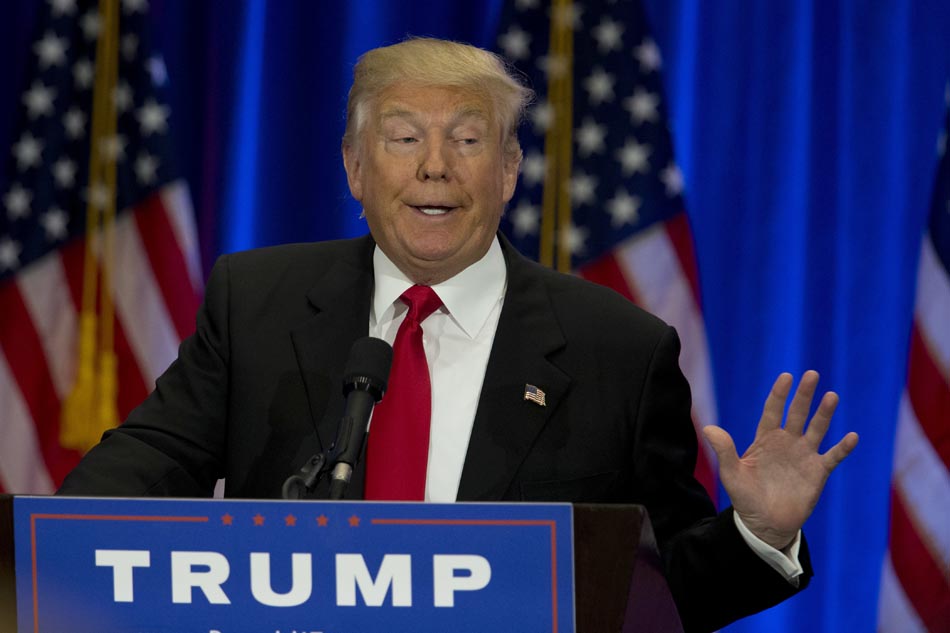 President-elect Donald Trump still refuses to condemn Russian interference in the U.S. election, but in 2014, when it was not benefitting his political career, he called Russian hacking "a big problem."

But in 2014, when he was not the beneficiary of hacking personally orchestrated by Russian President Vladimir Putin, Trump called Russian hacking "a big problem."

On Fox News in 2014, however, Trump was quick to agree with a similar assessment by FBI director James Comey about hacking by China, and also raised the threat from Russia.

"I think that's great, I think what he said is fantastic," Trump said, referring to comments Comey had made on "60 Minutes."

"I've been talking about China for a long time," Trump added. "You know, they put on the front like, we're your friend and everything, and in the meantime the cash comes out of your back pocket. It's disgraceful what's going on with China generally. No, I think he's 100% right, it's a big problem, and we have that problem also with Russia. You saw that over the weekend. Russia's doing the same thing."

…A Trump transition team spokesperson did not respond to a request for comment.

During the same interview, Trump, referring to a report that Russian government hackers had targeted NATO and the Ukraine, explained why Russian hacking was "very dangerous and very bad in many ways."

"The problem with the Internet and frankly computerization is that there's always some genius that can figure it out," continued Trump. "I mean let's face it. You know, the old ways, when Gen. MacArthur would hand a valise or an envelope with somebody with a written word and that was the attack. This is a different world today. You say things on the Internet, you say things over a computer and people are going to find out what you're saying it's very dangerous and very bad in many ways."

Unless you catch "hackers" in the act, it is very hard to determine who was doing the hacking. Why wasn't this brought up before election?

By way of reminder, it was "brought up before election" — by which point Trump was not nearly as inclined to indict Russia as he had been two years earlier.

HILLARY CLINTON: And the Russians need to understand that. I think they've been treating it as almost a probing, how far would we go, how much would we do. And that's why I was so — I was so shocked when Donald publicly invited Putin to hack into Americans. That is just unacceptable. It's one of the reasons why 50 national security officials who served in Republican information — in administrations have said that Donald is unfit to be the commander- in-chief. It's comments like that that really worry people who understand the threats that we face.

DONALD TRUMP: As far as the cyber, I agree to parts of what Secretary Clinton said. We should be better than anybody else, and perhaps we're not. I don't think anybody knows it was Russia that broke into the DNC. She's saying Russia, Russia, Russia, but I don't — maybe it was. I mean, it could be Russia, but it could also be China. It could also be lots of other people. It also could be somebody sitting on their bed that weighs 400 pounds, OK?

The U.S. intelligence community agrees that it was Russia. Trump refuses to believe them, instead planning to replace them with "his own people."

The only difference between 2014 and today is that now Donald Trump has personally benefited from Russian hacking.

That our president-elect is eminently willing to pull his punches on foreign interference, so long as he is getting something out of it, is very concerning indeed.