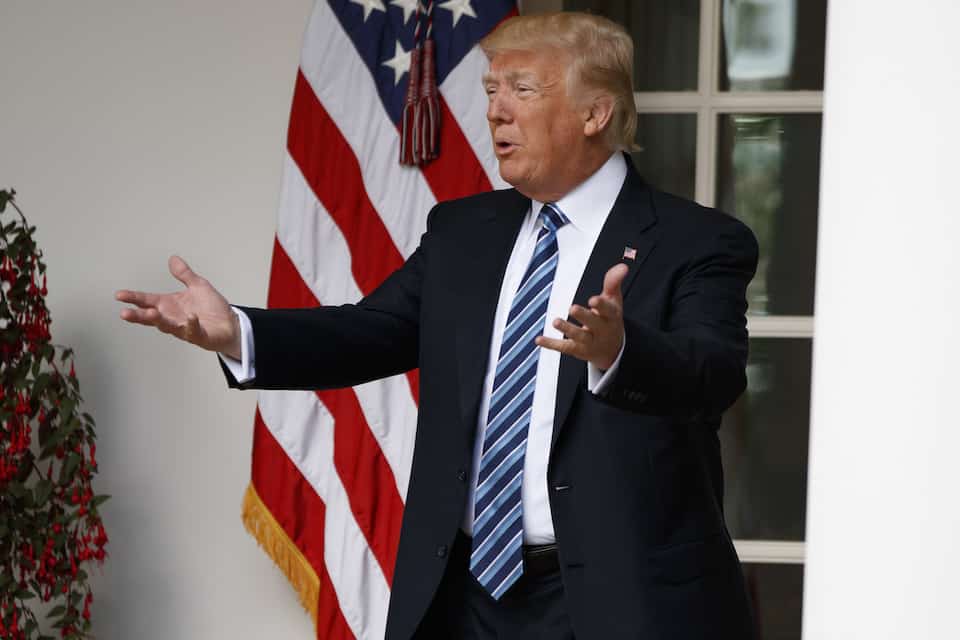 If they'd done anything wrong, they would have tried to cover it up better.

Jack Kingston, a former Republican representative from Georgia and a senior adviser to Donald Trump's presidential campaign, offered a jaw-dropping defense of the Trump campaign's newly revealed meetings with a Russian attorney and former Soviet spy.

The meeting, which Donald Trump Jr.'s emails showed was for the explicit purpose of obtaining dirt on Hillary Clinton from the Russian government, was obviously "irrelevant information by irrelevant people," according to Kingston.

The proof? If the meeting had involved receiving information from the Russian government for the purpose of derailing Clinton's campaign, surely Paul Manafort, the campaign manager, would have directed everyone involved to delete the incriminating emails.

KINGSTON: What I'm saying is these were minor players, and I think that is important, because it was irrelevant information by irrelevant people. I think in the view of the campaign, it was seen as just one more group, one more set of meetings of people who didn't have anything.

Do you really think — let's ask ourselves this: Do you really that think they would put anything in writing, and this wouldn't have a huge red flag if they thought, "Oh gosh, we've got to cover this up?" If this was a significant meeting, they would have gone in there and erased those emails. They would have said, "Let's come out with a statement on this." This would have been done several months ago. For whatever people believe about Paul Manafort, he is a serious player. He is the adult in the room in this situation. And he would have said, "If you did any emailing on this, erase it." But because it was an irrelevant meeting, with irrelevant information, I'm sure they just shrugged it off and said it's one more set of conmen and women coming in and having some angle that we're just going to dismiss.

This latest spin is definitely not going to help anyone.

The Trump team's story of what happened in the meeting and who was involved continues to change as more facts about it emerge. So whether the meeting was in fact "irrelevant" remains to be seen.

However, whatever happened in the meeting does not diminish the significance of what Trump Jr., Jared Kushner, and Manafort were hoping to achieve in the meeting, described in the emails as "obviously very high level and sensitive information" that "is part of Russia and its government’s support for Mr. Trump."

And the fact that the meeting was never disclosed — that Kushner "forgot" to mention it during his security clearance process, along with the other hundred names of foreign associates he met with — certainly suggests that he knew it would not appear "irrelevant" to anyone.

That Kingston claims Manafort, the so-called "adult in the room," would have directed the team to delete damning emails — the exact same thing Trump and his whole team accused obsessively and incessantly accused Clinton of doing — would be nothing more than an ironic footnote if not for the fact that Trump and company are being investigated for their apparent coverups.

If this is the best defense the Trump team has to offer, the White House is in very serious trouble indeed.