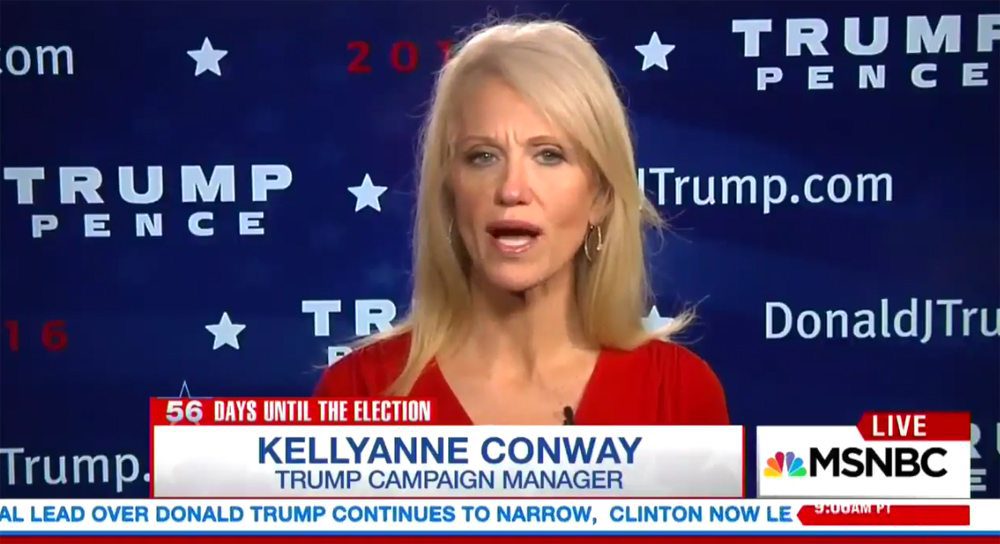 In response to a question about Donald Trump's medical records, his campaign manager Kellyanne Conway told MSNBC's Andrea Mitchell: "I don't know why we need such extensive medical reporting when we all have a right to privacy." All of us, that is, except Hillary Clinton apparently.

Except…just this morning, Kellyanne Conway did an interview with CNN in which she accused Hillary Clinton of lying about having pneumonia.

"You can laugh all you want at [Trump's] medical report," she said, "but as far as I can see, there are two major party candidates running for president and only one of them has pneumonia and lied about it."

So Conway is explicitly endorsing a double-standard for the two candidates: Trump should be allowed a right to privacy, but Clinton should not.

Someone send a memo to Team Trump: That's not how America works.