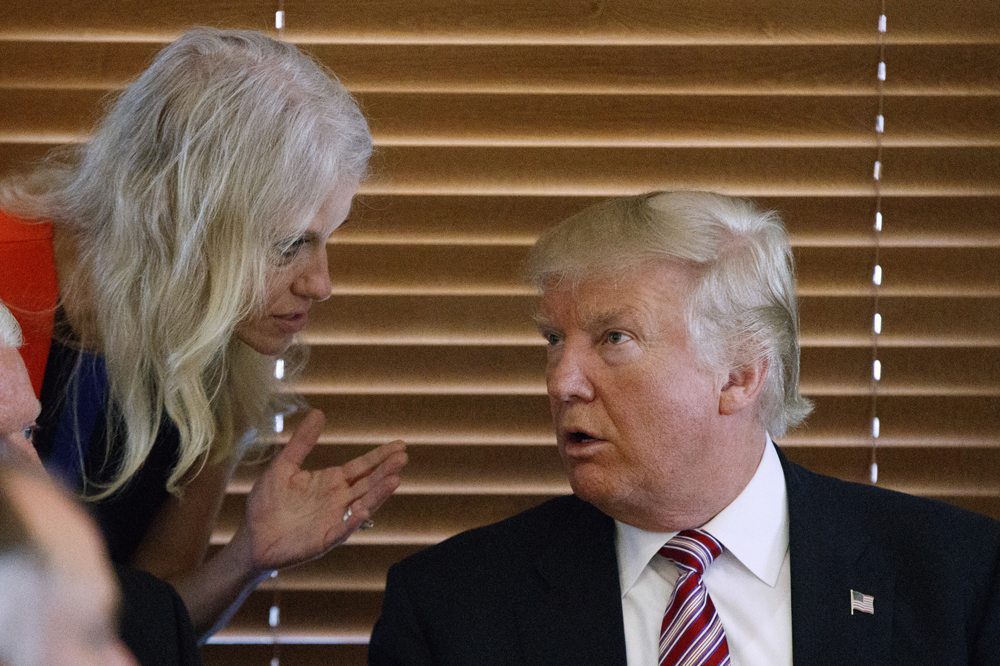 Once upon a time, Trump campaign manager Kellyanne Conway agreed with Hillary Clinton that some of Trump's supporters are deplorable. Conway used a more colorful term, calling them "downright nasty" and "way over their skeeze."

One of the interesting aspects of Donald Trump getting the Republican nomination despite not being the favorite of the GOP establishment is that he's had trouble finding people to work with and for him from that establishment.

So he's ended up with a running mate who endorsed Ted Cruz and a campaign manager whose past criticisms keep coming back to haunt him.

First, there was video of Kellyanne Conway having said her new boss “built a lot of his businesses on the backs of the little guy” and that people “suffered” as a result.

And now there's audio of Conway from this past February essentially conceding Hillary Clinton's assertion that a segment of Trump's supporters have objectionable views.

Should point out, earlier this year Conway said some Trump supporters were "skeeze" & "downright nasty" on the radio pic.twitter.com/gizILrMFWj

Immediately after, she adds: "We'll see how much fun it is when you're number two. I saw a great hat this morning…it said 'Let's make second place great again.' That's pretty funny!"