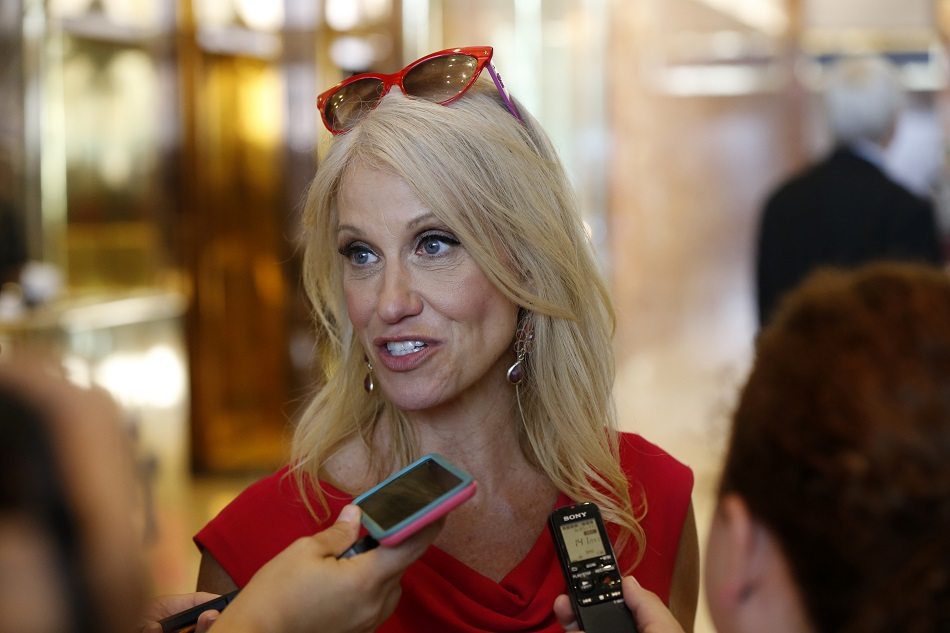 Donald Trump spent the weekend trying to stem the political bleeding from a hot mic recording in which he bragged about grabbing women by their genitals. His campaign manager, Kellyanne Conway, tried to help by telling Fox News, MSNBC, and CNN that Trump has never groped her.

After a debate in which Trump continued to cast his repugnant remarks about sexually assaulting women as "locker-room talk," his campaign manager took the defense strategy in a bewildering direction by explaining to all three cable news networks that Trump has not sexually assaulted her in seven weeks on the job, even though they have occasionally been alone together:

It is not a new tactic to insist that someone cannot be a predator if they have not victimized literally every person they meet. But it is an absurd one, and it is unlikely to sway the minds of voters who were repulsed by Trump's odious remarks.