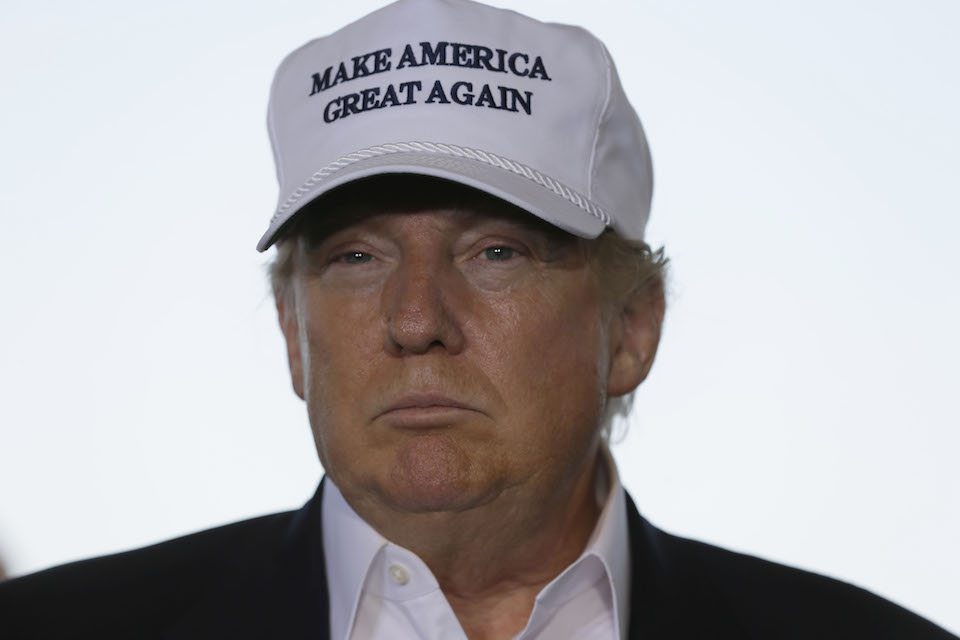 The Trump campaign honored the 50th anniversary of the assassination of Martin Luther King Jr. in the most casual and cavalier way possible.

Sure, Donald Trump regularly attacks black athletes and black reporters while defending neo-Nazis and white supremacists as "very fine people." But he's not racist! Just ask him; he'll be the first to tell you he's the least racist person he knows.

And to prove it, his re-election campaign sent a brief email commemorating the 50th anniversary of the assassination of Martin Luther King Jr., sending "thoughts and prayers to Dr. King's family and close associates."

It's the number-one phrase used in the immediate wake of tragic shootings by pro-gun politicians unwilling to take any action whatsoever. It has become so cliche, in fact, that after the shooting in Parkland, Florida, 17-year-old survivor Cameron Kasky took to Facebook and wrote, "Please don’t pray for me. Your prayers do nothing."

That didn't stop politicians, including Trump, from offering those unwanted thoughts and prayers. But rejecting them and calling instead for action has become a common refrain, from the Parkland students and from other gun control advocates.

And, as was noted by many at the March for Our Lives rally in Washington, D.C., last month, MLK was also a victim of gun violence. His granddaughter, 9-year-old Yolanda Renee King, spoke at that rally.

"My grandfather had a dream that his four little children will not be judged by the color of their skin, but by the content of their character," she said. "I have a dream that enough is enough. And that this should be a gun-free world — period."

No such sentiment was offered in the Trump campaign email. Instead, the campaign invoked a trite phrase that has come to represent not thoughts, but thoughtlessness.

And that's about right for the Trump campaign when it comes to honoring MLK's legacy. Trump has made it perfectly clear how much he doesn't care about the civil rights movement and its leaders.

In December, Trump insisted on attending the opening of the Mississippi Civil Rights Museum, over the objections of the NAACP and many others. A man who so regularly attacked black Americans, and who led the horribly racist birther movement against President Obama, had no business being at such an event.

But that didn't stop Trump from going to get his photo op and using the occasion to brag about himself and his "success" in Mississippi.

When civil rights hero and Georgia congressman John Lewis decided to boycott the event, Trump's White House attacked him for it.

"We think it’s unfortunate that these members of Congress wouldn’t join the president in honoring the incredible sacrifice civil rights leaders made to right the injustices in our history," press secretary Sarah Huckabee Sanders said. "The president hopes others will join him in recognizing that the movement was about removing barriers and unifying Americans of all backgrounds."

Lewis was among those honored in the museum.

Trump couldn't care less about King's legacy or his family and associates. And his campaign's thoughtless thoughts-and-prayers email made that perfectly clear.