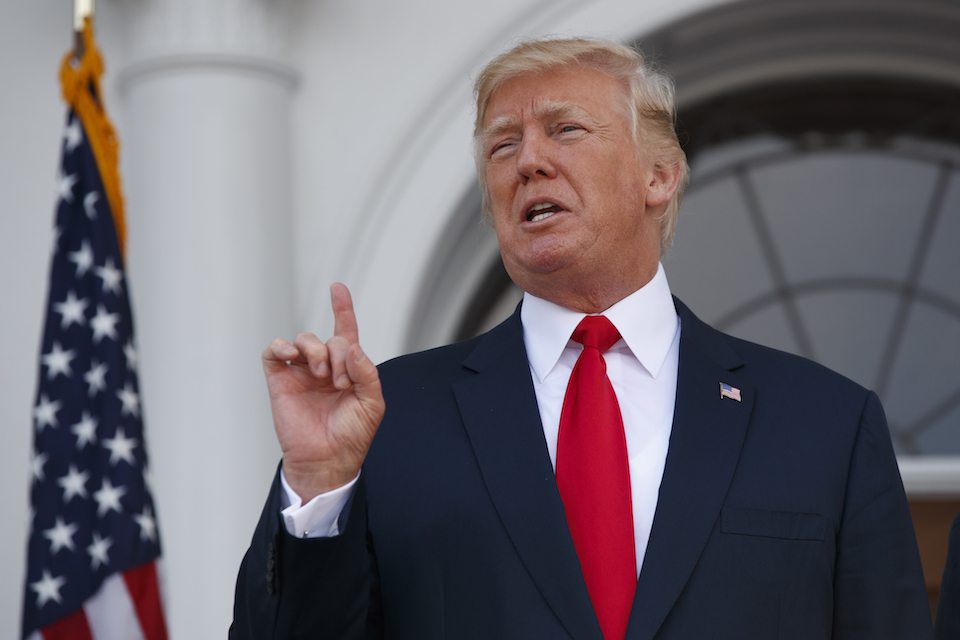 Donald Trump is accepting money from foreign governments in the form of blatant favors and actions benefiting his international resorts, tainting every international decision made in the White House.

Foreign governments are openly funneling millions of dollars to Donald Trump and expecting favors from his White House by using his international hotels and resorts as a cover for bribery.

McClatchy has uncovered a series of transactions between foreign governments and the Trump Organization that have occurred over the first year of his presidency.

The findings include governments in both Indonesia and Panama directly intervening to either build roads or construct sewers that are specifically tailored to benefit Trump-branded resorts in those countries.

The news outlet also notes that "in other countries, governments have donated public land, approved permits and eased environmental regulations for Trump-branded developments."

The Trump Organization has business in nearly two dozen foreign countries. Ethics experts say such gifts from foreign governments that directly benefit Trump's business, and therefore Trump himself, are in fact a gift to the president of the United States.

And that violates the emoluments clause of the Constitution, which bars federal officials like Trump from accepting gifts from foreign governments.

These entities can do this because Trump actively decided to break with presidential tradition and keep in place his connection to the Trump Organization. Other presidents, of both parties, have put their private holdings in a blind trust or sold them off after entering the presidency.

Trump has done neither, so when money comes into Trump properties, it is going right into his personal bank account.

The money is tainted, and therefore taints decisions he makes from the Oval Office. It is impossible to deny the linkage between a foreign government donation to the Trump Organization and any action from the Trump White House regarding those same nations.

The effect is governments working overtime to make money for Trump, using his properties as a front for shuttling money his way, rather than dumping a bag of money at 1600 Pennsylvania Avenue.

Trump has benefitted in the past from a similar arrangement. An investigation from Global Witness showed that Trump raked in millions of dollars from Colombian drug cartels who were able to launder money through his developments in Panama. That pattern began in 2011 when Trump took his hotel development business overseas.

Now, thanks to his position in the White House, the corruption is involving the U.S. government at the highest level, while Trump personally benefits and taints every move that the country makes.