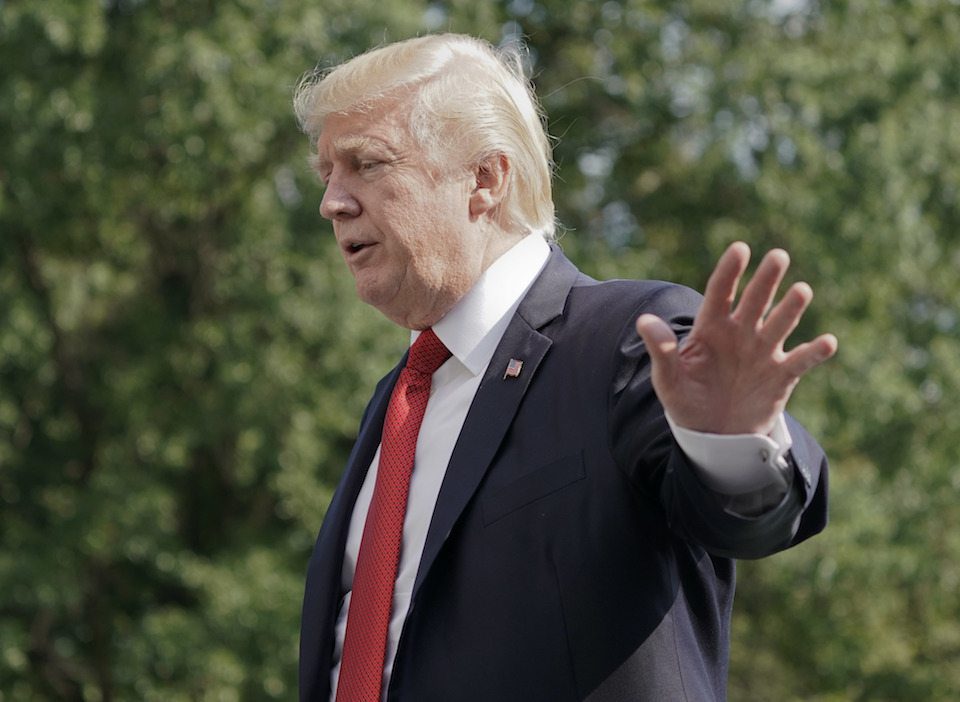 There are very few black people serving in the Trump administration, and those that are have been put on the lower pay tiers while others have been passed over for promotions that were given to white staffers.

The Trump administration is passing over black candidates for top staffing positions, while giving others jobs on the lower tier of a White House where only 2.4 percent of key positions are held by black people.

Sanders was unable to give reporters the name of a single black senior staffer when asked — and now we know why.

The new information has come to light just after Omarosa Manigault-Newman was purged from the White House under strange circumstances. Some reports indicated that Manigault-Newman, a former contestant on The Apprentice and a major supporter of Trump during the presidential campaign, was physically removed from the building.

The Boston Globe reports that Earl Matthews, a black man currently serving as principal deputy general counsel for the Army, was passed over for the position of general counsel. Instead, the job was offered to two white candidates.

Similarly, Ja’Ron Smith, who is black, was recently promoted to special assistant to the president. The position is the lowest commissioned rank in the White House hierarchy and considered a midlevel position.

The Globe reports that a senior White House official told them Smith, who previously served as an aide to Sen. Tim Scott (R-SC), "was promised that he would have a commissioned officer rank and salary." Instead, his job pays $83,000, which ranks him in the bottom half of White House salaries.

Only one of the 24 people in cabinet or cabinet-level positions, Ben Carson, is black. Trump has 18 white men in his cabinet – the most since Ronald Reagan in 1981. And a picture of White House interns earlier this year showed a stunningly white and male tableau.

The minimization of black people is sadly no surprise, coming from Trump, who has expressed unadulterated bigotry and racism. He praised white supremacists as "very fine people," hailed pro-slavery Confederate monuments, called Mexicans rapists, and pushed for a ban on Muslim entry to the United States.

He turned a visit to a civil rights museum into a photo op for himself, abruptly fired the first black female White House usher to replace her with a white male Trump Hotel employee, and had some decidedly vapid thoughts to offer on slavery in America.

And his history of anti-black racism stretches back very, very far.

When it comes to the White House, which was built to represent all of America, Trump is going to great pains to keep things as white and male as possible.