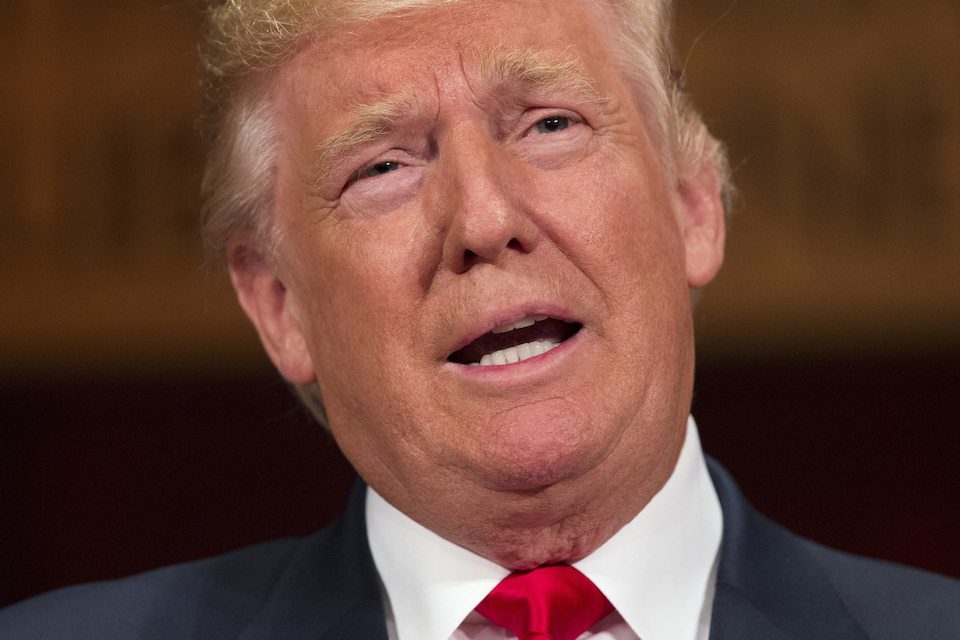 Shortly after proclaiming November National Veterans and Military Families Month, Trump lashed out at Democratic Virginia candidate Ralph Northam as “weak” on veterans. Only one problem: he is one.

Tuesday, voters head to the polls in Virginia to elect their next governor. And Donald Trump, who just kicked off National Veterans and Military Families Month, wants Virginians to think that the best way to honor vets is to defeat Democratic candidate and Lt. Gov. Ralph Northam.

In an early morning tweet, Trump warned that, among other things, Northam would be “weak on our GREAT VETS.”

Ralph Northam will allow crime to be rampant in Virginia. He’s weak on crime, weak on our GREAT VETS, Anti-Second Amendment....

Unfortunately, Trump missed one rather important detail. Northam is a veteran.

A volunteer in the Army Medical Corps who trained at Walter Reed, Northam spent eight years in the military, working at Landstuhl Medical Hospital in Germany, one of the biggest overseas Army medical centers.

Trump — who received several deferments from Vietnam — is backing Republican Ed Gillespie, a former RNC chair and energy, banking, and tobacco lobbyist. Despite winning Trump over with a series of racist, pro-Confederacy political ads and attacks on black NFL players, Gillespie has no military record to speak of.

For all his rhetoric, Trump has never followed through on any of his promises to help or support veterans and service members. In fact, his campaign and presidency have been spent in a perpetual state of petty feuds with Gold Star families. Moreover, the tax scheme cooked up by Trump and his Republican allies in the House would raise taxes on business that hire disabled veterans.

Trump's appalling record of disrespecting veterans and their families means he has no moral standing to tell Virginians how to vote in the interest of our military heroes. But in the Virginia race, there is only one candidate who has actually served in the military and has the greatest understanding of veterans and their needs — and it's not the candidate Trump is cheering for.